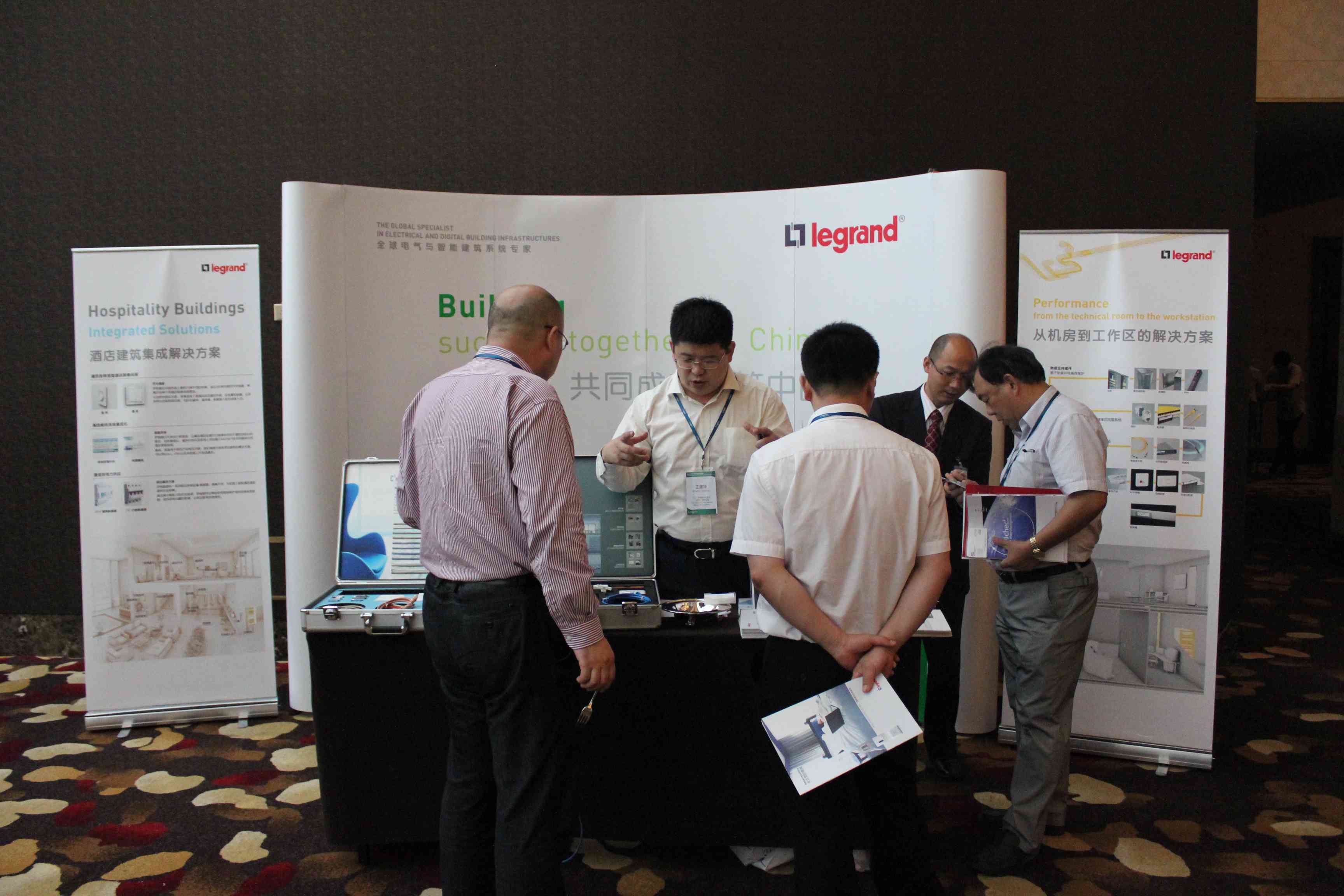 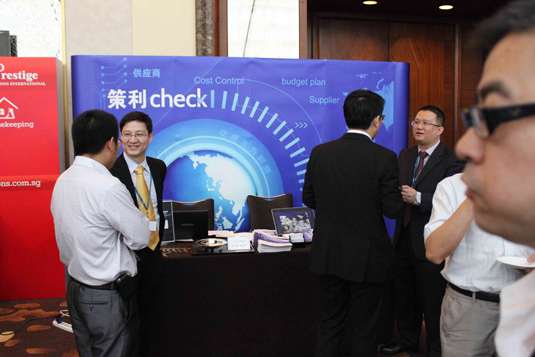 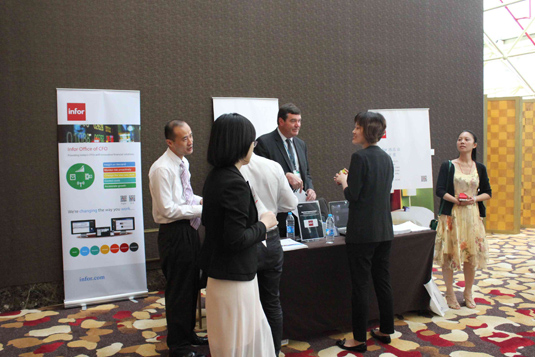 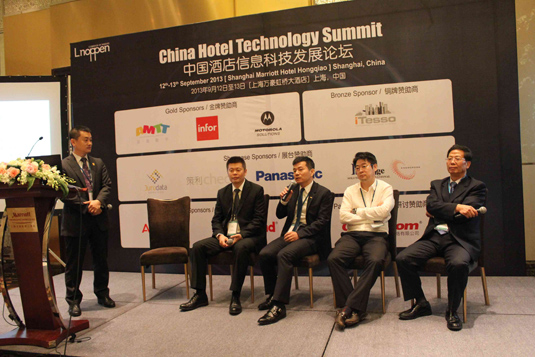 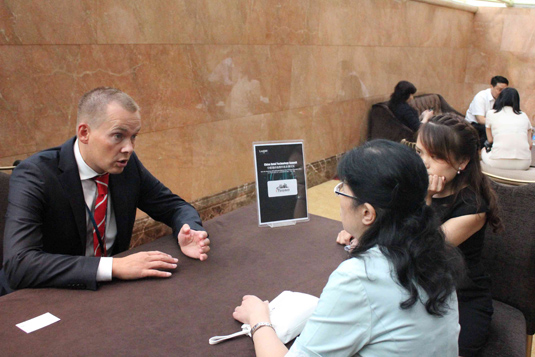 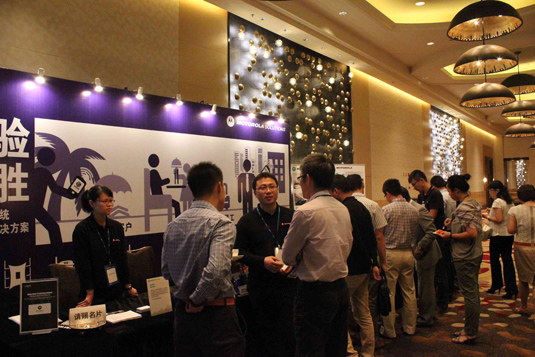 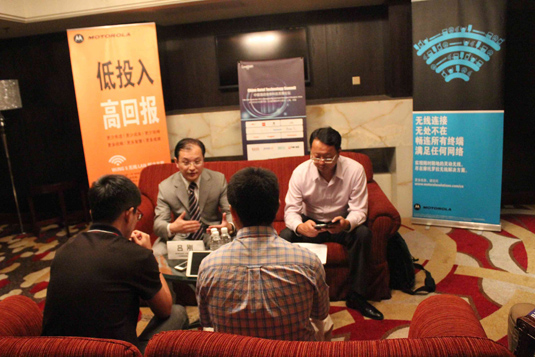 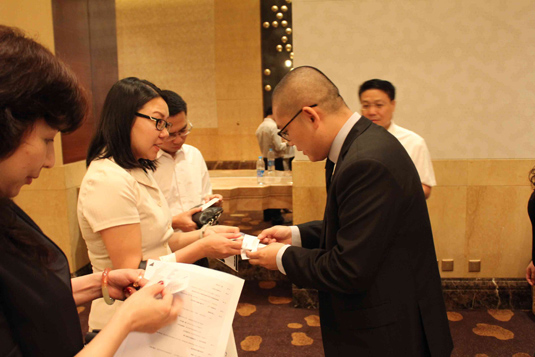 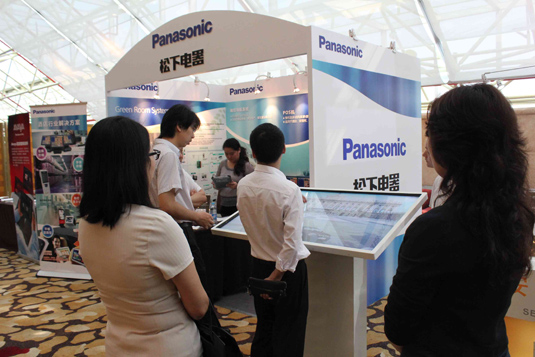 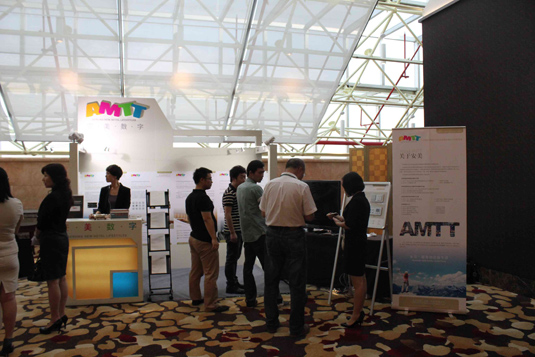 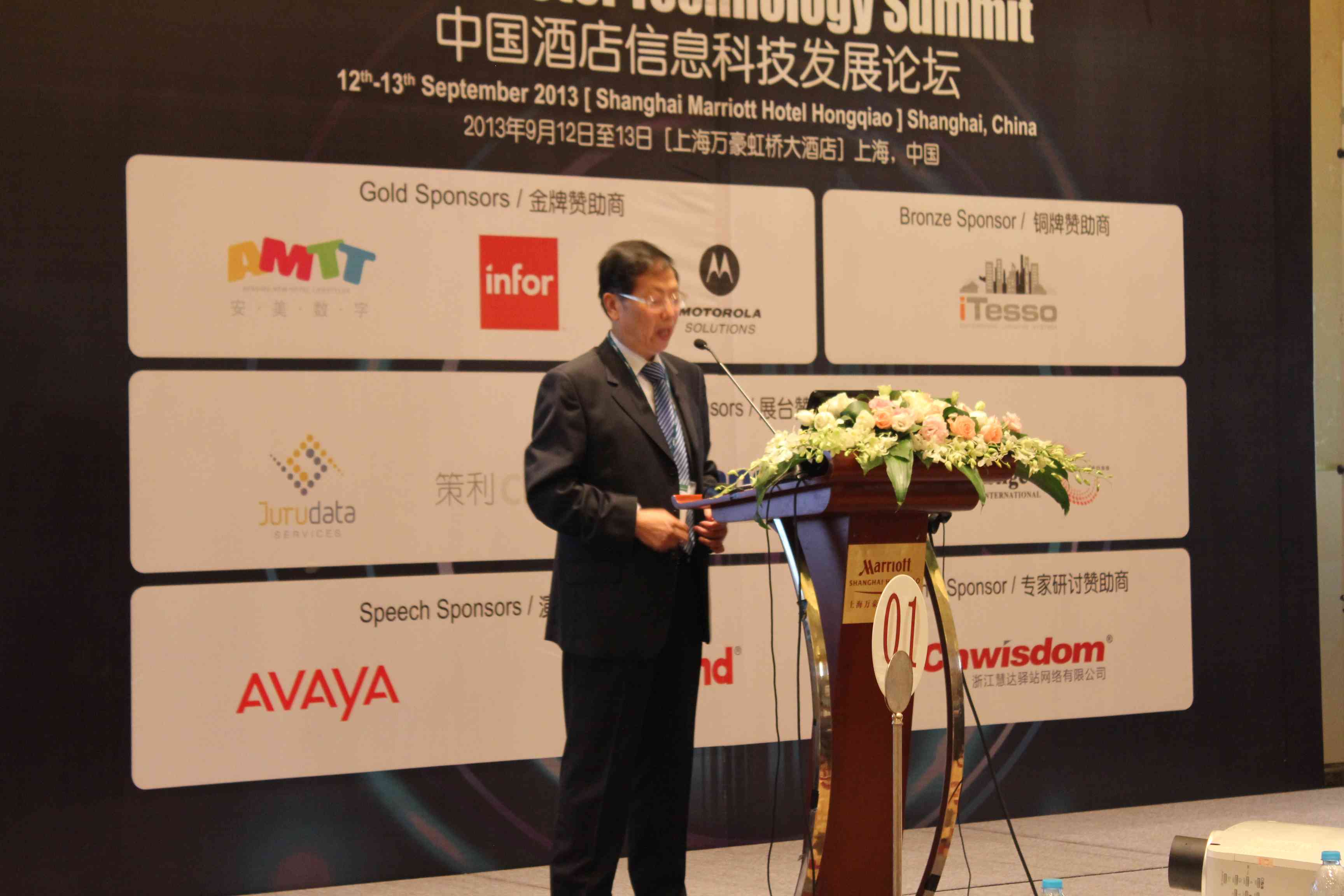 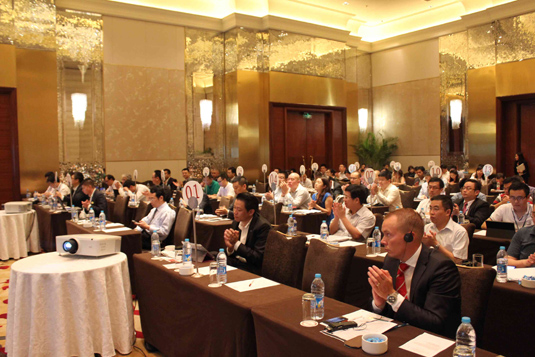 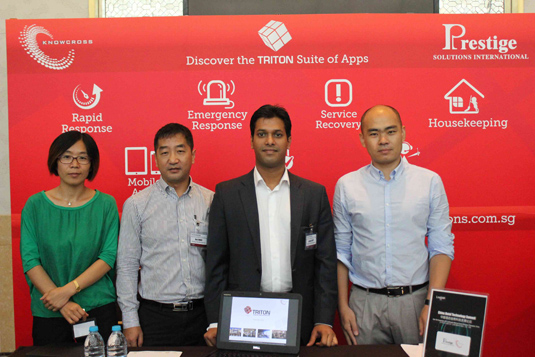 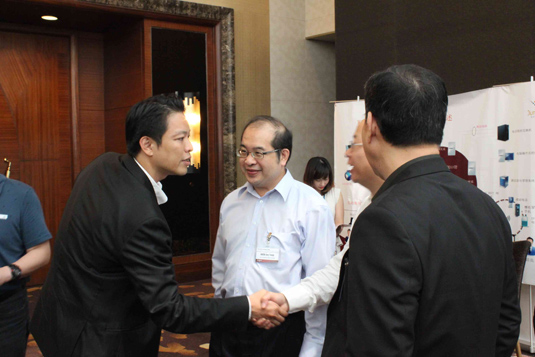 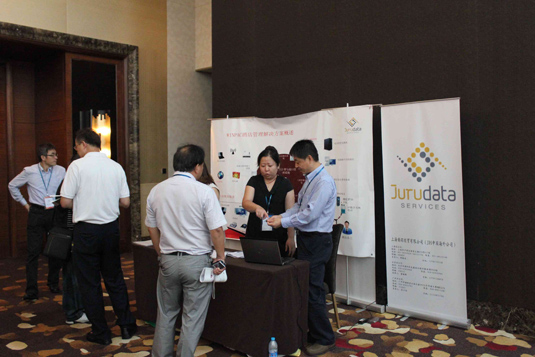 SAHNGHAI, CHINA, 12th – 13th SEPTEMBER, 2013:
Noppen hosted their China Hotel Technology Summit on 12th -13th,September, 2013 in Shanghai, China. In order to build on the ideas of development and co-operation, this forum brought together the world’s prominent industry leaders and government officials to discuss the development of the China’s Serviced Apartment industry, investment opportunities and challenges whilst simultaneously providing a platform to listen to various industry experts and find the best solutions.

The conference is opened by the respectful chairman James Gao, Senior Vice President of Forebase Group. James gave an elaborate speech on the overall trend of hotel openings across the nation and pointed out that one key factor weighing on guests’ choice of the hotel is technology.
The opening keynote was held by Jack Zhang, Senior vice president of ICT from Jin Jiang International Hotel Management. Mr. Zhang pointed out that Centralization and Intelligence are the two trends taking place in the hotel industry. In his speech he indicates that Marriott, Hilton and IHG have been applying PMS for cloud to centralize management and reduce cost. He shared a case study of Jinjiang’s private cloud project which was the first private cloud platform in China. Also he introduced the competitive edge for free wifi coverage and self-service check in,etc. The digitalization of the hotel, according to Mr. Zhang is a touch point to improve guest experience.
Up next was an executive summary from Joseph Wong, who’s the Vice President Technology Operations ,Greater China from InterContinental Hotels Group. Joseph’s speech was on Grooming Chinese Hospitality Leaders - The Evolving Role of the CIO. In his speech he explained what would be the future role of CIOs and how to discover the talents with proper training.
In the first panel on Day One, Field Bai who’s the Director of Information Technology, OCT International Hotel Management Co Ltd hosted the Owner-operator Dialogue. He pointed out that Nowhere else in the world would pay this much of attention in property developers when it comes to key decisions in investment . Filed asked some informative questions about issues as how to make IT operation between hotel executives and property owners more effective. The panellists joining the conversation were:Forest Wang, General Manager Information Technology, Wanda Hotels & Resort , Kerwin Zhu, Regional Director of IT from Kempinski Hotel Group and Pan Yuen, Senior Director, Banyan Tree Hotels & Resorts as well as James gao, Senior Vice President of The Forebase Group.
In the afternoon, we have Pan yuen from banyan tree made an interesting presentation on New Definition for Luxury Hotels in China from the designer’s perspective. He shared with us some intriguing case studies including the new banyan tree in Chongqing Beipei. He emphasized that developers should emphasized on the cultural factors when building a new hotel as well as the technology drive.
Up next was the panel in the afternoon which was formed by CIOs from economy hotels including Liu Xinxin, CIO, China Lodging Group, Lou Shuliang , Chief Engineer, Dragon Hotel and Dexter Chou, CIO of Jinjiang Inn. As major local economy hotels are expanding and rebranding, higher demand for the technology application has been required. The panel was covered issues as the PMS systems and free wifi coverage for economy hotels.

On the second day we had Waco Tao, CEO and founder of Powerhouse homes in Australia as the chairman for day two. Powerhouse homes was dedicated in building Agile Housing Model which creates future proofing for housing through modular construction and addition and subtraction of housing modules depending on the needs of the household. Waco had a quick recap of the conference on Day One and introduced the opening speaker for the second day: Marco Lee from Jumeriah Group.
Marco Lee, Director of IT, Asia Pacific, Jumeirah Group held the opening speech for day two : Technical. Service. He pointed out that CIO’s role in hospitality industry does more than just a “ fixer” but a strategic planner for the group. He resonate with Joseph on Day One that the future role of CIO would be extremely crucial in the process of the hotel development.
Up next was the panel on Hotel of Next Generation which was the highlight of that day. The panel was held by Li Xiang, Chief Engineer from Eontime Property. The panelists were Zheng Guanghui, Executive VP from AMTT. Eric Du, General Manager from Dragon Hotel, Hangzhou, James GAO, Senior Vice President , The Forebase Group and Pan Yuen, Senior Director, Banyan Tree Hotels & Resorts. The panel mainly discussed the future of smart hotels from the perspective of the operator, owner and solution providers. The dragon Hotel was the first innovative smart hotel in China and Eric believed that technology could help the Dragon stand out by providing a superior experience for guests. Working with AMTT, he set out to make the Dragon the most technically sophisticated hotel in China.
Last but not least was a mind-opening presentation by Waco Tao, CEO and founder of Powerhouse homes. Waco focused on the construction technology which is designed to deliver cost and time saving, sustainability and high tech as well as shareholder value. He introduced some innovative concept of: hotels that can fly, hotels that can walk and hotels that can swim. Powerhouse was the first agile housing that helps ease Australia’s shortage of housing and improve affordability and China’s evolving hotel industry, would soon face the same problem in Australia. Waco’s presentation was educational and insightful according to our attendees.

Any innovations or introductions of new products / services? 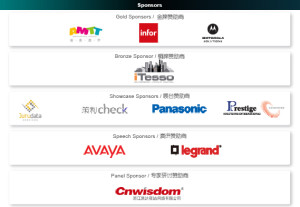 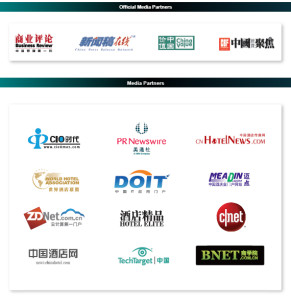