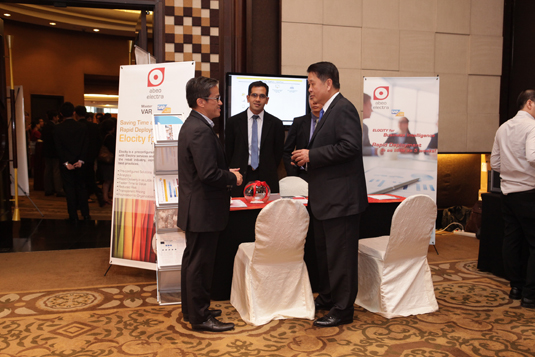 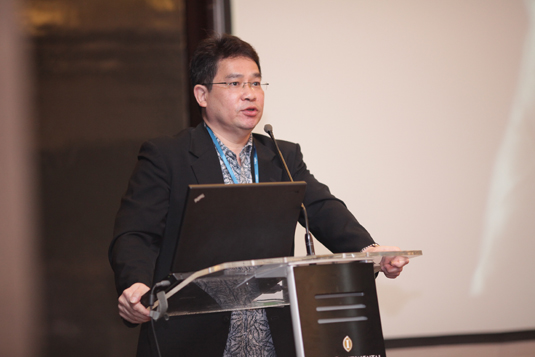 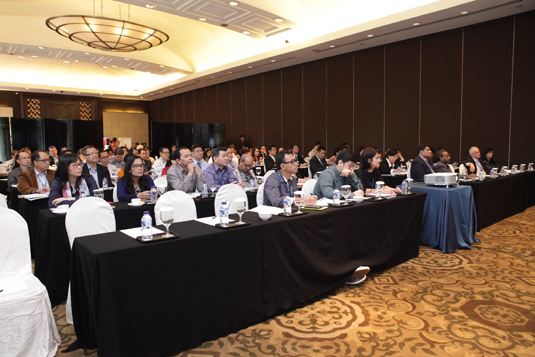 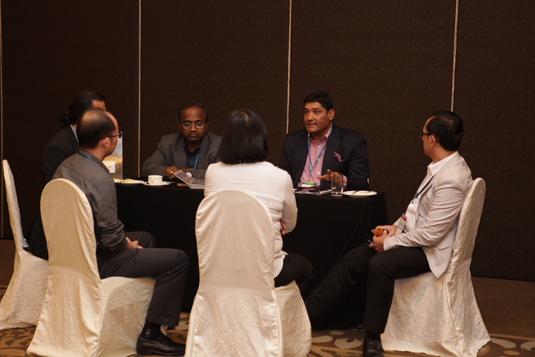 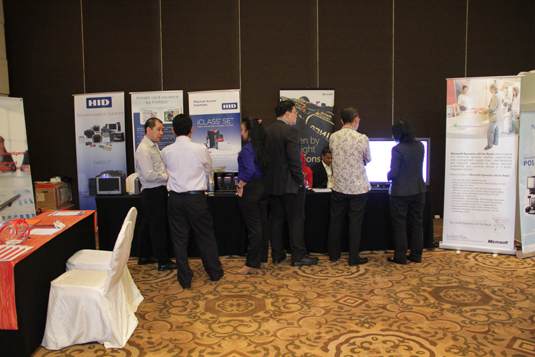 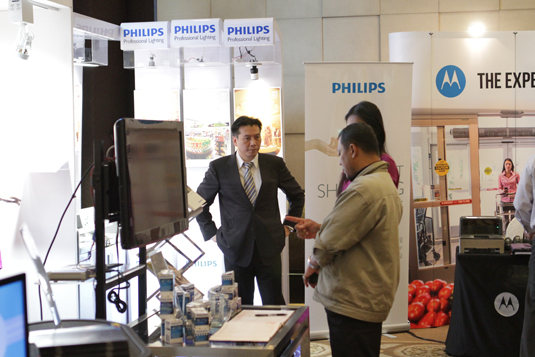 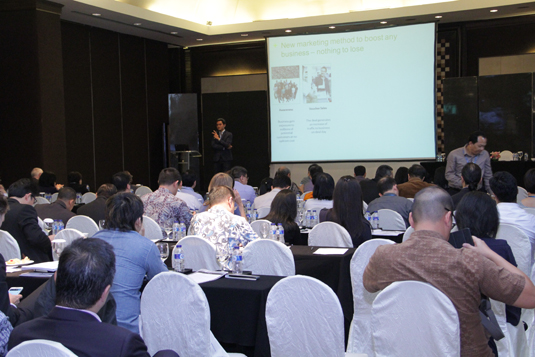 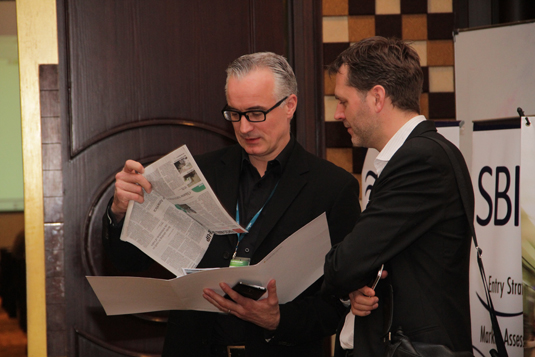 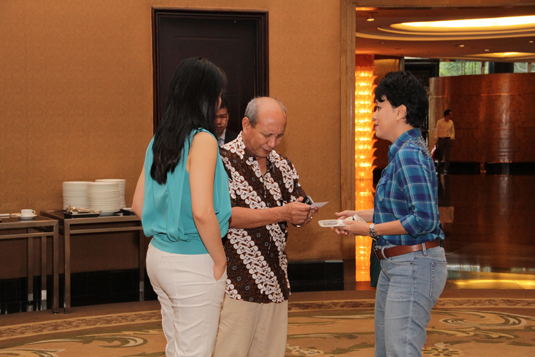 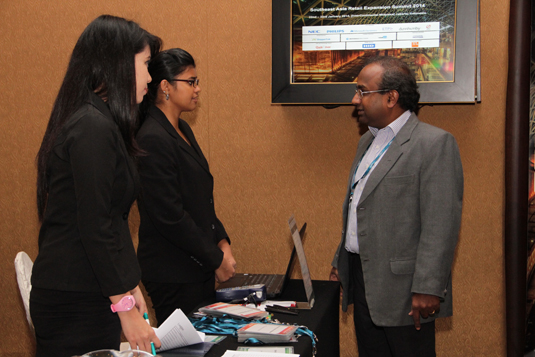 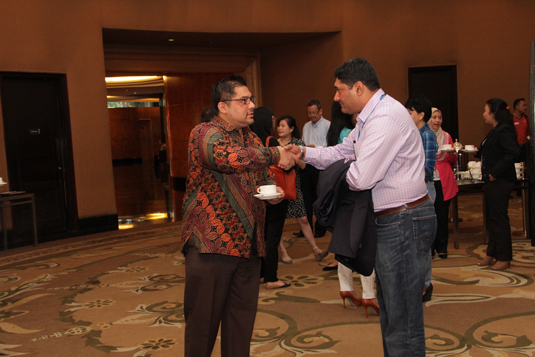 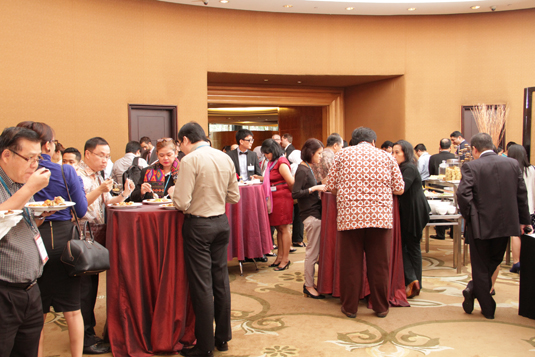 Asia is vastly expanding their retail sector to cater to the needs and wants of its customers. Asia has been the location for some of the largest, most renowned malls in the world, and continues this trend. While malls and retail stores in the West may be dying, in South East Asia this is certainly not the case.

The South East Asia Retail Expansion Summit 2014 took place on the 22-23 of January 2014 in Jakarta, Indonesia. With over 160 attendees, the event featured the most prominent industry leaders who provided informative and inspiring discussions, discussed the best solutions to problems addressing retailers and divulged new strategies and technologies that can be applied to retail outlets across the region.

Mr. Nanda Aditiawarman, Head of Strategic Business Insight for Qasa Consulting was the chairman of the conference. The first speaker was Yongky Susilo, Board Expert at Aprindo (Indonesian Retail Merchants Association). He gave a very interesting outlook on the future of the retail sector across Asia and how utilizing online platforms are vital to expansion.

Mr. Sugiyanto Wibawa, the COO of PT. Supra Boga Lestari which operates Ranch Market, Farm Market and Ministop followed gave a more detailed account of Retail 4.0 and how lifestyle factors need to be addressed when retailers are expanding.

Following Mr. Wibawa was Mr. Freddie Beh, Chief Creative Officer and Founder of Metrox Group. Being the founder of a company well known for being on the cutting edge of fashion retail and representing such companies as Porsche Design and Timberland, Mr. Freddie Beh gave an intriguing presentation on how to capture the market of the modern retail customer. Particularly interesting was how he has a dedicated team specially working on social media to ensure best results in capturing the modern customer.

The afternoon on Day 1 followed up on the Online retailing starting with Mr. Widi Nugroho, CEO of Metranet, including a joint venture between Ebay and Telkom Group. Mr. Nugroho spoke on how online shopping is expanding in Indonesia and how vital it is for retailers to adapt. Following Mr. Nugroho was Mr. Indrasto Budisantoso, CEO & Country Head of Groupon Indonesia. He discussed new marketing methods to attract new customers.

One of the fastest growing electronic retailers, Erajaya Swasembada, was represented by Mr. Djatmiko Wardoyo, Director of Marketing and Communications and Corporate Secretary who shared with the audience how Erajaya is expanding as a retailer and manufacturer of mobile phones. Later that week, Mr. Wardoyo unveiled the Iphone 5s to Indonesia for the first time and opened another store.

The first day ended with an intriguing presentation by Ms. Phoebe Chen, Asia Commercial Director of Dunnhumby. She explained how modern marketing practices can help retailers do target marketing directly to each individual consumer. Her remarks about how retailers must view each customer as an individual and understand how they like to shop and what they like to shop for is crucial for success was well received and displayed the future of marketing is here.

The morning on the second day of the conference shifted focus to malls. The first speaker of the day was Ms. Lini Djafar, Director – Head of Retail for Cushman Wakefiled. Her presentation highlighting prices for retail space spurred a lively discussion pertaining to future predictions. Mr. Paul Collins then spoke on designing malls to attract customers. His points on integrating attractions, such as art galleries, and how they can keep a mall dynamic were well received.

Mr. Jozarki Terunajaya, Vice President of Lotte Shopping Avenue followed where he discussed a new concept in traditional retail, combining a mall with a department store. His presentation brought up a discussion relating to theft in malls where many exits without checkouts are contained in one area increasing the risk however Mr. Terunajaya shared with the audience their security measures and how to ensure security. Mr. Terunajaya and Lotte Shopping Avenue’s new concept has won a lot of praise and retailers such as Uniqlo have chosen it as their first venue in Indonesia.

In the afternoon, Mr. Dandossi Matram, Director of PT. Rajawali Nusantara Indonesia spoke on their new retail stores. As a state owned enterprise, RNI shared how they viewed retail in Indonesia and called upon his colleagues for suggestions as to how best to succeed. RNI started their first store in 2013 and already has over 100 with a target of 5,000 stores by 2016.