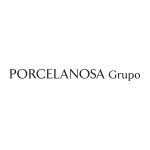 PORCELANOSA Grupo is today a major reference on both the Spanish and international markets. Its consolidated positionhas been built up on values such as innovation and quality, but especially the trust placed in its large human capital, made up of almost 5,000 skilled professionals, and its concern for its stakeholders and environment.

PORCELANOSA Grupo has more than 45 years’ experience and is present in almost 100 countries worldwide. Thissuccess is the result of a unique business model based on a strong corporate strategy. According to a study published byconsultancy company Pricewaterhouse Coopers and the Financial Times, it is one of Spain’s most reputable companies onthe international scene, and is also considered by consumers to be a strong and robust company, as reflected in a studycarried out by the Reputation Institute.

Diversifying production has played a key role in the growth of a business group that started off manufacturing a singleproduct: ceramic tiles. Today, the Group’s eight companies offer a vast selection of products ranging from kitchen andbathroom equipment to state-of-the-art building solutions for contemporary architecture.

PORCELANOSA Grupo’s turnover has risen steadily thanks to its professional and effective financial and economicmanagement policies. This has allowed the group to retain its position as one of the most firmly consolidated companieson both the Spanish and international markets.