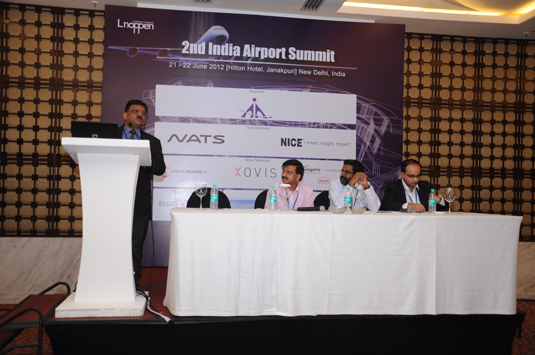 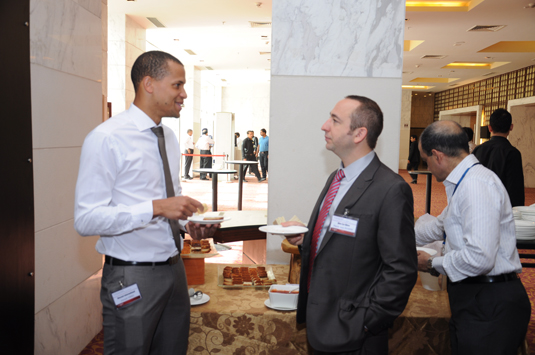 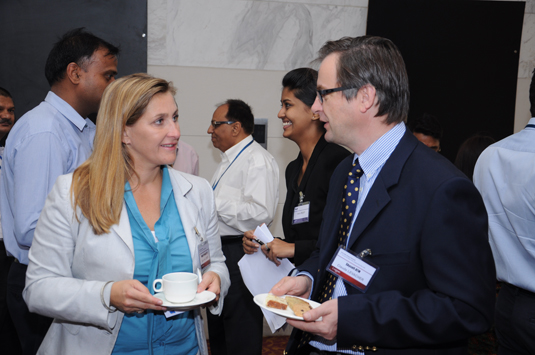 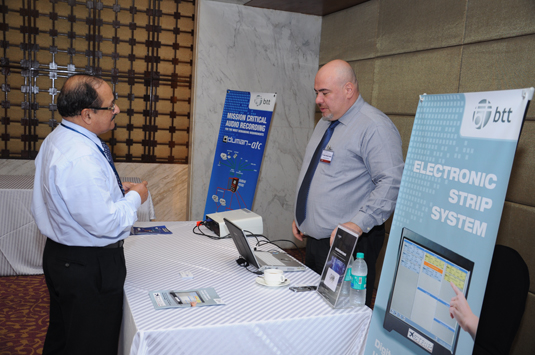 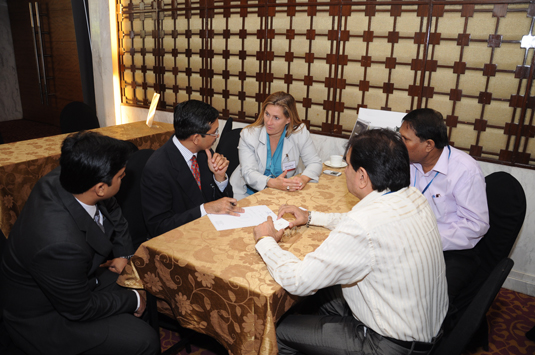 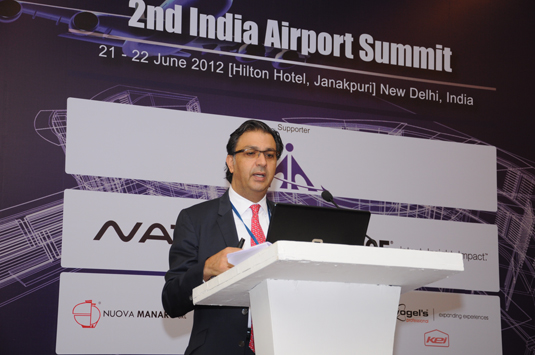 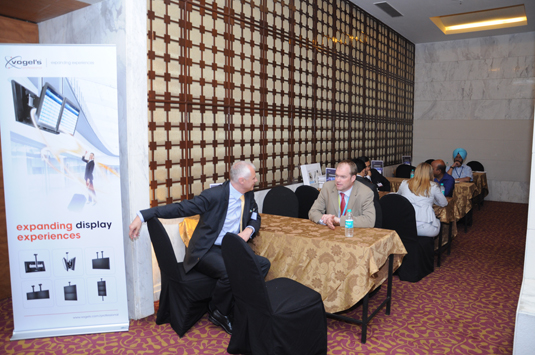 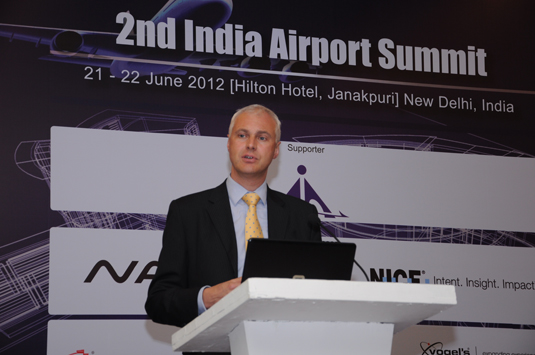 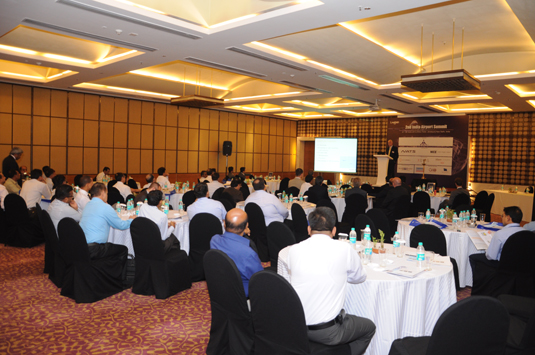 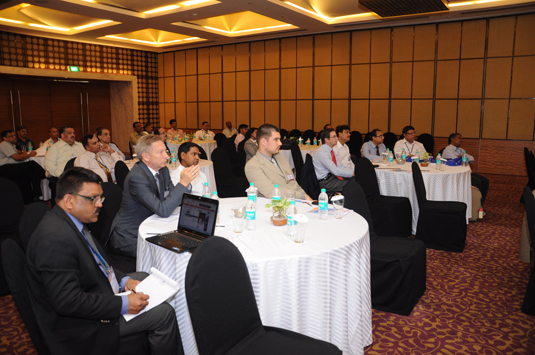 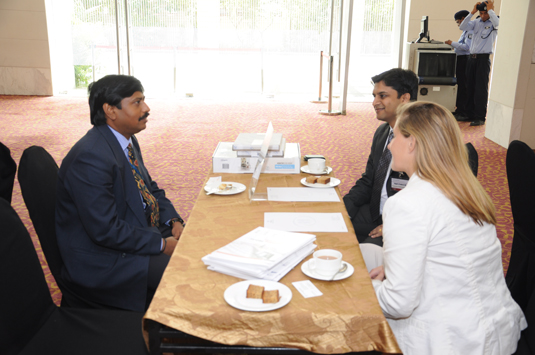 Noppen hosted its 2nd India Airport Summit on June 21st &22nd in New Delhi, India with the theme of “Connecting India to the World” because presently India has 136 airports, of which 128 are owned by Airports Authority of India (AAI). Airports Authority of India (AAI) is upgrading and modernising 35 non-metro airports in the country at an estimated cost of around 1 billion USD, as well as modernizing Chennai and Kolkata airports. Five international airport projects have been undertaken through the public-private partnership (PPP) mode—the development of Cochin, Hyderabad and Bengaluru international airports and the modernization of Delhi and Mumbai international airports. Domestic passenger traffic is estimated to reach 150–180 million by 2020, while international passenger traffic is expected to grow to around 50 million by 2015. Some of the summits most influential speakers were:Mr. G.K. Chaukiyal who gave an overview of the airport sector in India where he said India is likely to be the third largest aviation market in the world in 12 years time. He touched on the economic growth which is driving the aviation sector in India. He said the key factor in the boost in air traffic is due to the increase in private spending, strong service, and the IT and manufacturing sectors. AAI’s development strategies are modernization and expansion of major international and domestic airports, construction of Greenfield airports, upgradation/modernization of air traffic management system, revival of unused airstrips and enhancement of air cargo handling facilities. Mr. D.P. Singh gave a presentation on the measurement of service quality for airport infrastructure and quality management. The major factors that customers look at are safety & security on the ground and in the air, space, cleanliness and aesthetics of airports, quick services, availability of information, shopping facilities, access to airport and parking facilities, and airport personnel attitude. So he said that the strategies to improve customer satisfactions being practised by AAI are enhancement of airspace and airport capacity, introduction of safety management system as per ICAO standards, enhancement of non-traffic revenue, improving ground handling services, taking up international consultancy, and training institutes to cater the needs of man power training. Dr. Sotiris Pagdadis made a very strong presentation on the strategies and trends in airport development and investment. He said in an effort to boost the sagging economy, the Prime Minister convened a meeting of infrastructure ministers on 06 June 2012. An investment target of at least Rs 2 lakhcrore for infrastructure is being considered to stimulate the economy back to 9 per cent economic growth. The Chamber focused on flagship projects, such as two new major ports, expediting Greenfield airport projects in Navi Mumbai, Goa and Kannur; and the development of 10-12 new PPP airport projects. He said airports today serve multimodal, multifunctional enterprises generating considerable commercial development within and well beyond their boundaries. Mr. Meloth Krishnan presented on an overview of airport expansions in India - private owner’s perspective. He gave a few interesting focus areas for the Indian aviation sector and they are improving domestic connectivity, reduce Opex and burden to customers, slot planning to broaden domestic traffic, accelerated growth in regional airports, increase efficiency with technology, increase MRO’s, modernized Tier 2/3 airports, Increase traffic through LCC, Increase General aviation revenues and reduction of airport dues. Mr. A.C.K. Nair spoke upon the challenges and solutions in expanding Cochin International Airport. He said that the main challenges were traffic challenges during re-carpeting and apron expansion, expansion works in the airside, social issues, geographical, project execution, financial constraints, and statutory limitations. Solutions to those challenges are down to meticulous and comprehensive planning, careful resource mobilization, and commitment. Mr. Karthik Raman gave an interesting presentation on the development of international & domestic airports. He said that CAPA projects that Indian airport traffic will triple to 450m by 2020. US$30 billion of investment will be required in airport infrastructure over the next decade. It is necessary to develop revenue models that will make such investments viable and aeronautical revenue alone will not be sufficient. Airport development needs to take place within the context of a National Masterplan that considers demand and viability based on aero and non-aero revenue potential. In certain cases, airport development is being pursued as land grabbing exercise. He also said that in order to maximise non-aeronautical revenue, airports must carefully segment their customer base and their requirements. Customers of airports include airlines, passengers, residents, employees, local, and global businesses. Retail is the larger contributor to non-aero revenues at Asian airports. There is huge retail upside in India, reflected in the fact that retail revenue at Dubai Airport alone is almost 6x the revenue at all Indian airports combined. The 2nd India Airport Summit 2012 will featured prominent industry leaders and government officials from across the globe providing informative and inspiring discussions pertaining to India’s current needs and their ambitious future. India welcomed the international community to join this forum to discover new strategies and technologies that can assist in building the airport industry to accommodate the domestic and international market. Noppen would like to thanks the local government, speakers, sponsors, media, and attendees, for making this event a success.