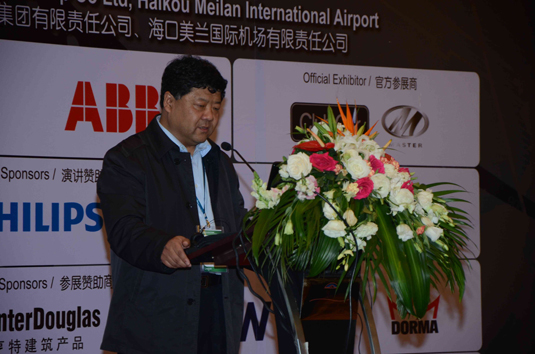 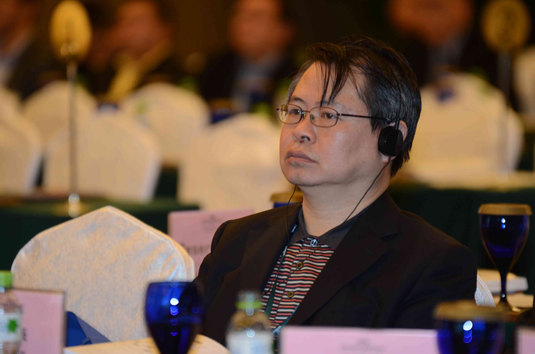 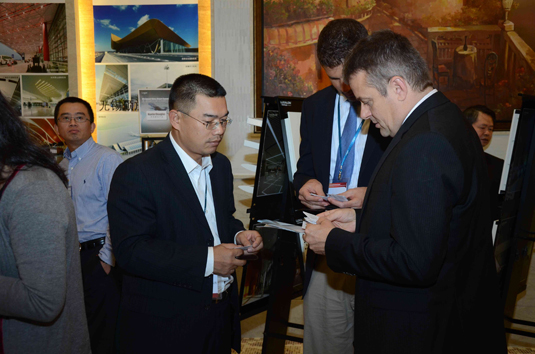 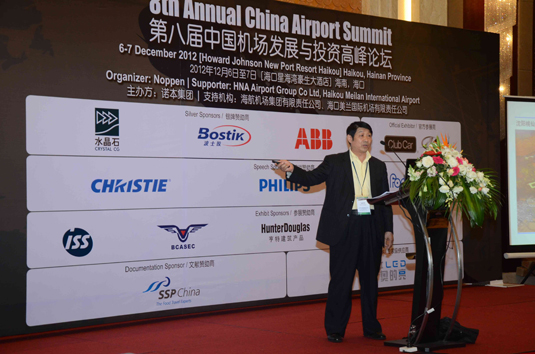 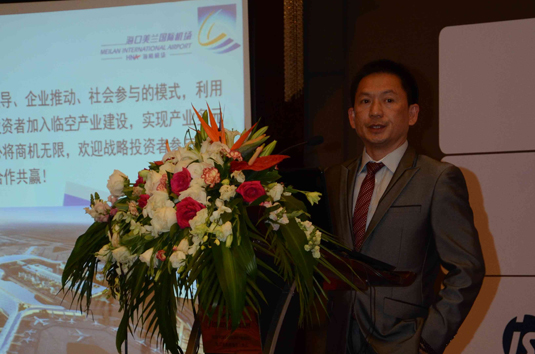 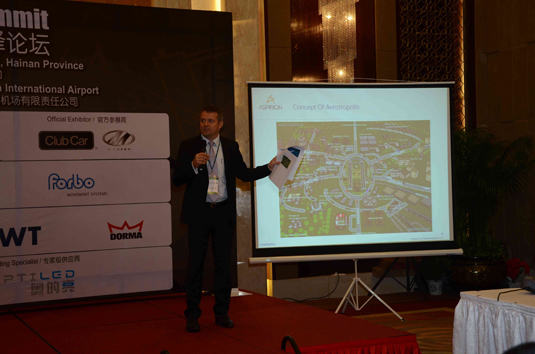 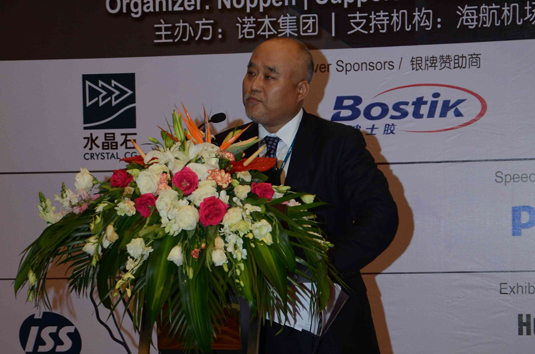 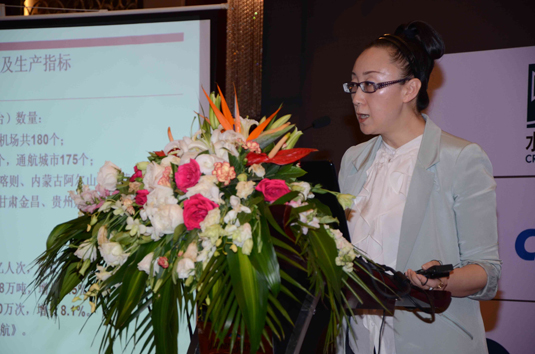 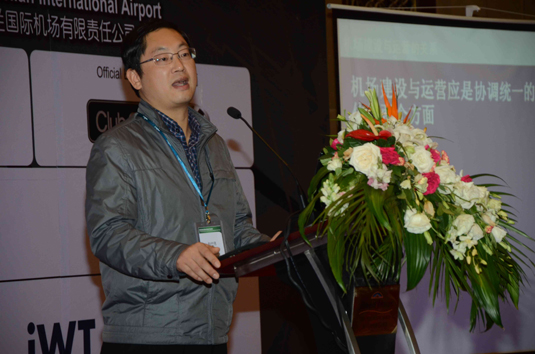 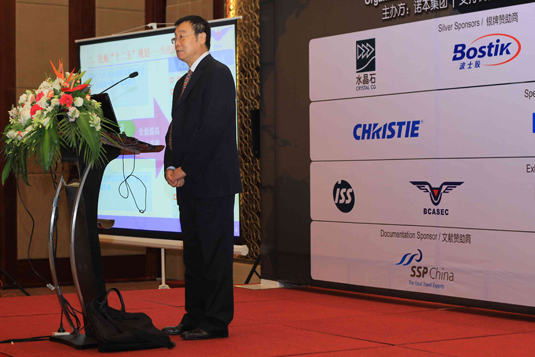 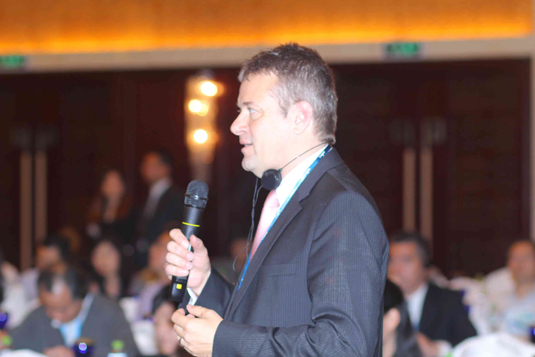 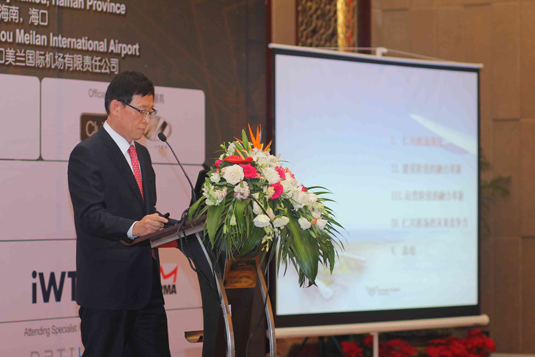 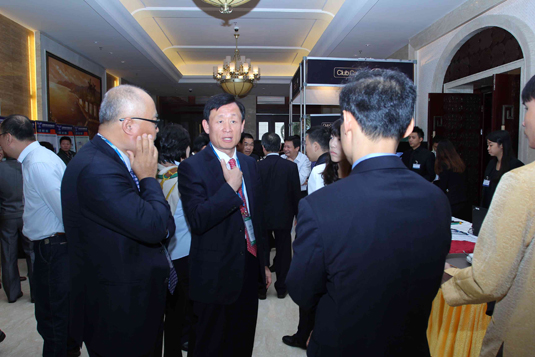 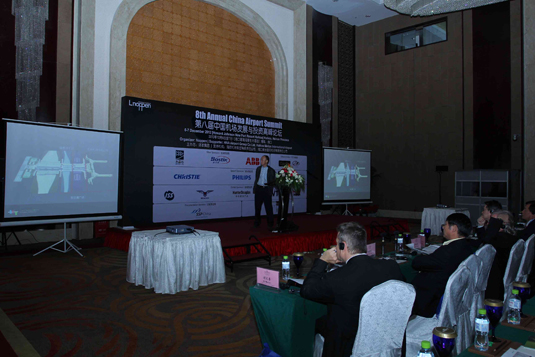 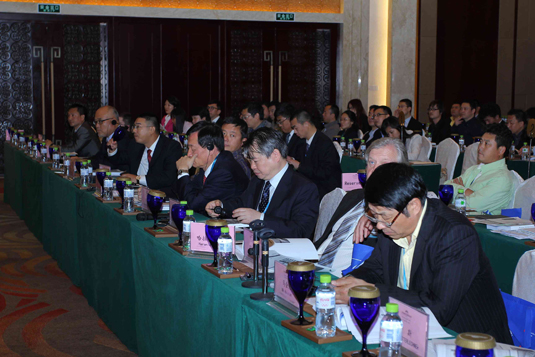 Haikou IN CHINA, 6-7 December 2012 – With the improvement of China’s international status, as well as China’s “open skies” policy, the development of the international air transport market in China is getting better, which means the development of China’s Civil Aviation has a new historical opportunity. According to the government policy, there are more than 50 new airports will be constructed during 2010 to 2015 and more than 100 airports need expansion and reconstruction. Total investment will reach 190 billion RMB. Noppen’s China Airport Summit aimed to provide a strategic opportunity for key industry professionals from China and abroad to network and explore cooperation and business opportunities in this crucial and prestigious industry.

QIU Guoliang, Vice President of HNA Airport Group addressed the welcome speech to thank all the participants’ support. He also shortly introduced the HNA Airport Group and the achievements they get in airport development, expansion and cooperation, then Mr. QIU announced the summit open.

Opening speech at the summit was given by LU Jianheng, Director of Planning Division of Planning and Development Department, CAAC who deeply analysis the National Policy in civil airports layout and construction. In particular he introduced the current development situation of China airport industry and the trend of policy development.

Keynote speaker Young-Geun LEE, Executive Vice President of Korea Incheon International Airport shared the successful experience of Incheon Airport especially in how Incheon International Airport was able to rise as the world's best airport by tapping into concept of convergence, and how it intends to keep sharpening its competitive edge in the future. LI Qiang, who is the Deputy General Manager of China Airport Construction Group Corporation of CAAC. His speech focus on the Green Airport construction and development, he use Kunming new airport as a sample to analysis the green standard, green design and the significance of green airport. WANG Xiaohong, General Manager of Shanghai Airport Authority Technology Consulting Company shared his experience in Hongqiao Integrated Transportation Hub Construction. He suggest to simplify the management interface to reach efficiently manage.

YU Zheng, the Deputy General Manager of Crystal Digital Technology Company raised an interesting topic about the airport culture construction. His lively and interesting talk showed us how important role that airport can play in culture display and what we lack in this area. He raised a constructive solution suggestion in the end of the presentation and made an impression on all the participants.

In the summit, the industry leaders also introduced their most up-to-date technology information especially in the energy saving area. Philips’ Senior Segment Manager Diana LU brought us a lot of successful examples about the airport lighting. Donald ANG, Asia-Pacific Logistics Segment Manager from Forbo introduced their energy-saving conveyor belts. From Kelvin LEE, Greater China Technical Manager of Bostik, introduced their solutions in sealing of joints in airfield and Aerie ZHANG form ABB introduced their innovative Low Voltage solutions for airports. April QIN, Sales Manager from Christie Digital Systems introduced their advanced display screen which can provide good effect in large screen display. These information is really useful to the participants from the airports, “Satisfied! Very worthy event provided the most up-to-date information regarding the airport construction’s progress and advanced equipments and technology. I wish there will be more opportunities to know about these useful information from Noppen’s event in the future”. Said by Mr. Gunnar MOLLER from HNA Group.

Other speakers included Hans MITTERLECHNER, Director of Aviation Consulting from Aspirion Consulting who analysis the aviation value chain about the airline, airport and passengers to discuss the Interaction of Aeronautical and Non-aeronautical Airport Businesses. HEO Tae Yoon, Vice President of Korea Airports Corporation shared the experience about the revitalization of Gimpo Airport which is also a important airport in Seoul. CHEN Bangcang, form the Nanjing Lukou International Airport talked about the integrated comprehensive traffic planning and construction of large airport as the sample of Lukou International Airport. ZHAO Shiwei, Terminal Project Manager of Chongqing Jiangbei International Airport shared his experience in airport construction and operation.

“Thank you! We look forward to both participating in and sponsoring/presenting at next year’s event!” Said by KNPC.

Noppen would like to express special thanks to all the 8th Annual China Airport Summit sponsors, supporters and high quality attendees who came together to make this a very successful and informative event.