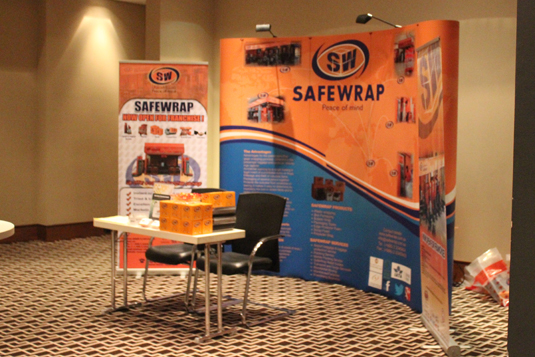 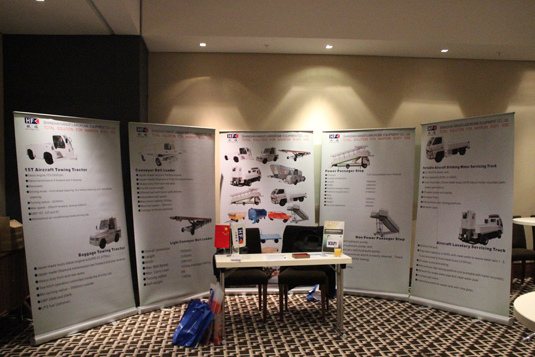 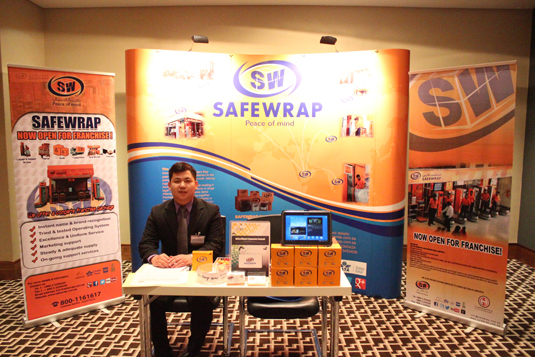 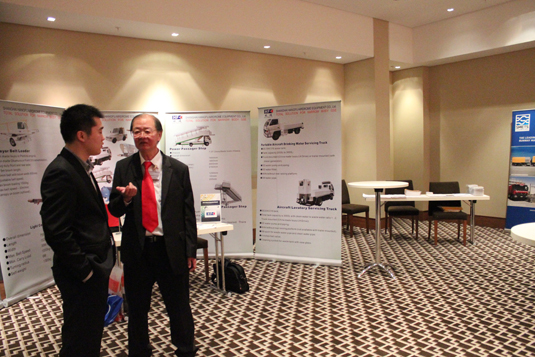 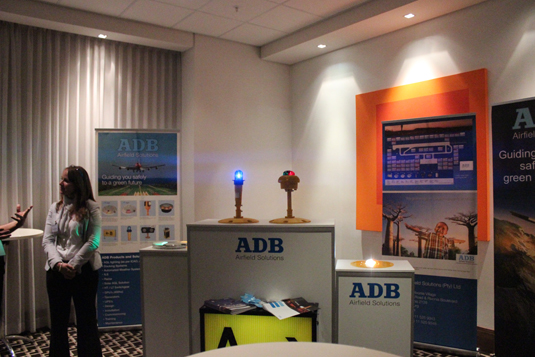 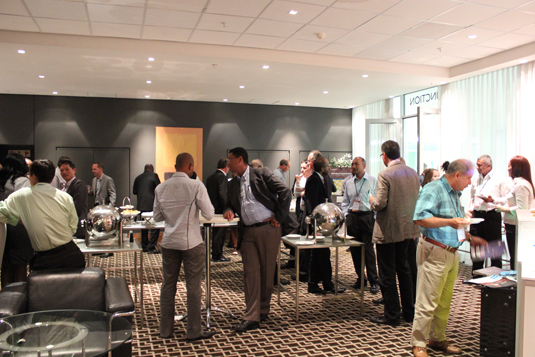 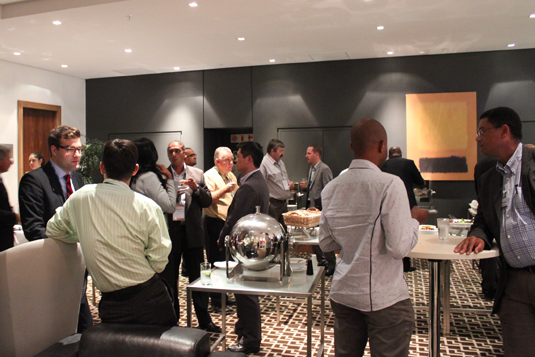 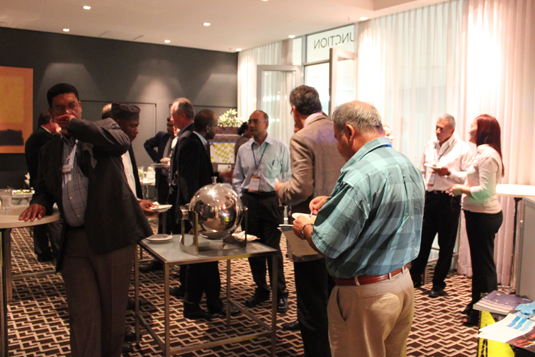 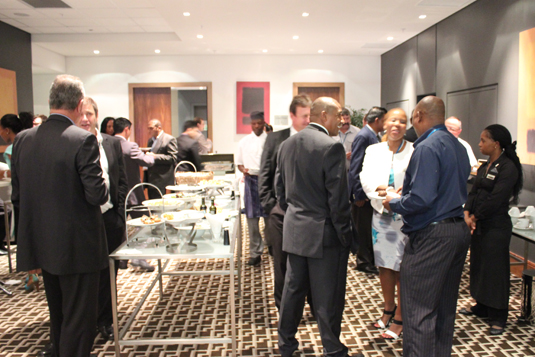 African aviation industry has achieved good growth rates in the past decade. Air travel is essential to the African continent to drive economic growth, job creation and tourism. However, to exploit aviation’s full potential in the region, all role players must ensure that it is secure, safe and sustainable. The growth witnessed in passenger traffic in the African markets, stand as testimony to the importance of developing the regional civil aviation infrastructure. Some of the countries in the region are spending millions of dollars to satisfy the demands of the increased air traffic.Day one of the conference began with Mr. Bruno Boucher, Associate Partner, Lufthansa consulting who spoke about Airports: is it more than buildings and runways for you? He touched on airport contributions & requirements, and that Airport activities are an important economic development tool for a community. He said to be successful many requirements other than buildings and runways have to be met, an integrated business plan approach needs to be implemented from the beginning and be updated continuously. Mr. Regardt Willer, Regional Manager Northern Europe, ABD Airfield Solutions gave a very informative presentation about How improving on Aviation Safety contributes significantly to airport’s C02 footprint reduction. He also spoke about the key challenges for airport operators worldwide followed by what strategies are being adopted to improve upon airfield safety. Mr. Reinhard Zeiler, Senior Airport Advisor, Munich Airport Company spoke about the importance of airport operations, aviation and non aviation income of airports, and what are the challenges and the need for better airport operations. Lastly he touched on very interesting scenario of airport expansion without considering airport operations. Ms. Tebello Mokhema, Project Manager: Membership, Communication & Strategy, ACI Africa, spoke about airport expansion and development projects around Africa, and dominant factors to operate an airport efficiently and the role of technology in airports. Mr. Bongani Maseko, Managing Director, Airport Company South Africa touched on a very key topic of promoting public – private partnership to finance airport expansion. He spoke about ACSA,s and their PPP initiatives with examples of PPP through JV and land leasing arrangements, lastly he spoke about ACSA,s investment framework, the presentation provided a lot of in-depth information about the PPP initiatives. Mr. Jason Nagy, Africa Business Development Manager, Sub-Saharan Africa Region, USTDA talked more about the grants of USTDA and project preparation assistance for airport development projects, he also touched on a funding criteria of USTDA in which USTDA evaluates projects based on development priority in host country and mutual benefits for the United States, partnering countries, and commercial opportunities for US firms. Mr. Gary Fok, Principal, Aviation Service Line: Transport, Aviation, Planning, Royal Haskoning DHV spoke about RHDHV Africa Airport Expansion Projects and where are the airport projects opportunities in Africa. The first day of the summit included examples of airport development and expansion projects from across the continent; solutions for airport projects made reference to ecological sustainability, an essential aspect of the airports business model in 2013; technical issues relating to runway maintenance and emergency vehicles; and a presentation on the importance of PPPs to Finance Airport Expansion and Development. There were also a number of technology updates revealed at the event like development of airport crash truck from Yongqiang Carmichael Technology Company and Modern Runway Maintenance without Damaging the Runway Texture by SMETS technology. On Day two we moved on to a more general overview of the air transport industry globally and particularly in Africa, with presentations on future opportunities in the aviation market in Africa; airport development financing, privatization and projected new methods of financing airports; followed by a closing session on airport infrastructure from representatives of airlines and designers of airports. Mr. Alexander Herring, Managing Director, Safegate Germany GmbH spoke about airport development financing with focus on challenges and opportunities, evaluation of capital cost, and the source of capital for airport financing. Mr. Ladislaus Matindi, Principal Civil Aviation Officer, East African Community touched base on the Effect of the Economy on the Aviation Market – Where are the Future Opportunities with focus on what are the current trends and where are the opportunities, he concluded his presentation with some key points like Development of airports in Africa stands to benefit from the observed future opportunities. However, African States need to checklist the following in relation to airports development in their countries as a precondition: – investment incentive policies, – specific policies to promote private sector involvement in the development of airports, – fiscal policies and – corporate management practices in public sector institutions (airports). Mr. Vivendra Lochan, COO, Airlines Association of Southern Africa spoke on AASA member’s expectation from existing and future airport infrastructure where he spoke about benefits of aviation and very in-depth sharing of some burning issues like Cape Town Convention, Industry code of conduct, regional focus, and environment to name a few. Ending the two day summit was Mr. Paul Whitehead & Mr. Victor Utria, Director/Architect, Osmond Lange Architects & Planners; they spoke on their projects on Building South Africa’s Gateways - Oliver Tambo International and King Shaka International Airport. Noppen would like to express special thanks to the Africa Airport Expansion Summit 2013 sponsors; Acorn Petroleum, ADB Airfield Solutions, Egis Avia, Safe Wrap – Ground handling and logistics, Securitas South Africa, Shanghai Hangfu Airdrome equipment company limited, SMETS Technology and Yong Qiang Carmichael technology company limited for the active participation and to all the speakers, delegates, and media partners for contributing to the event’s success.