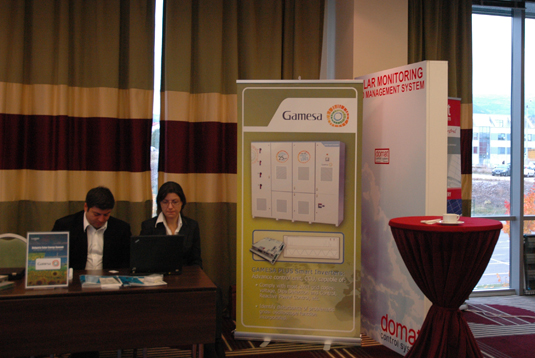 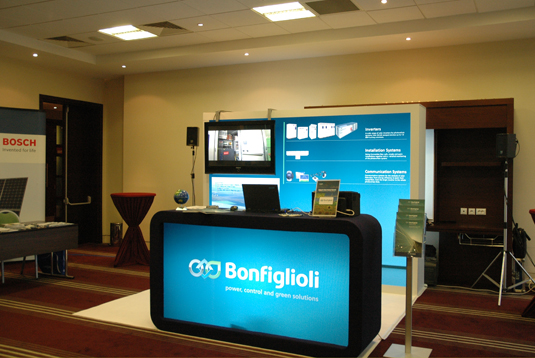 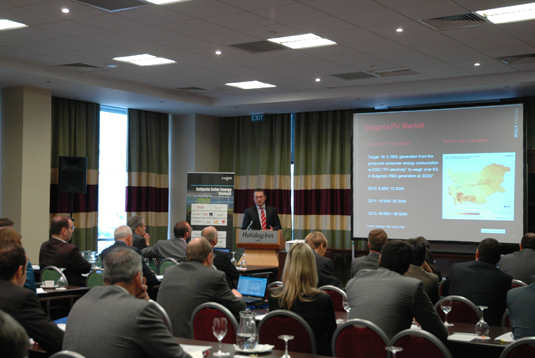 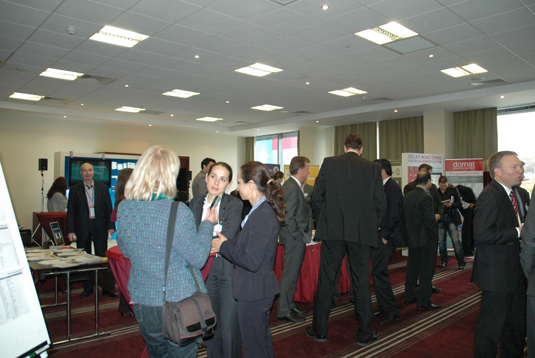 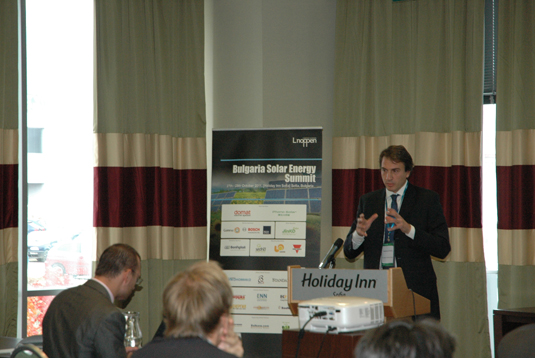 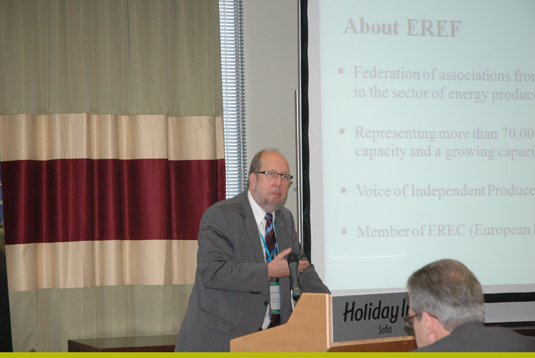 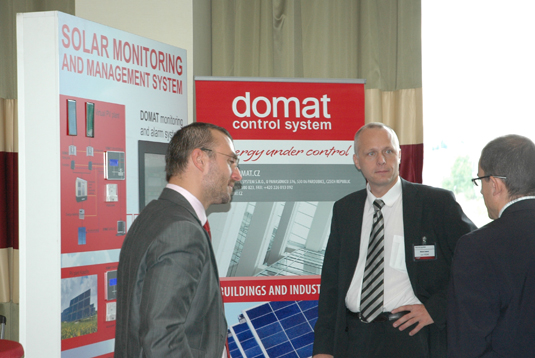 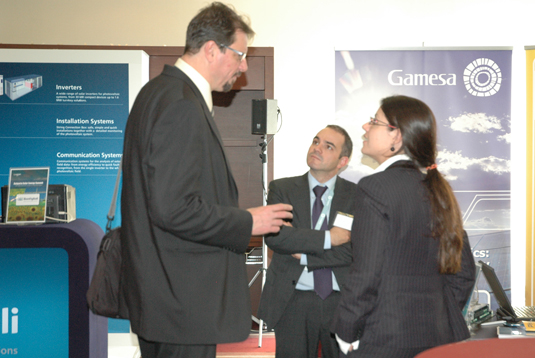 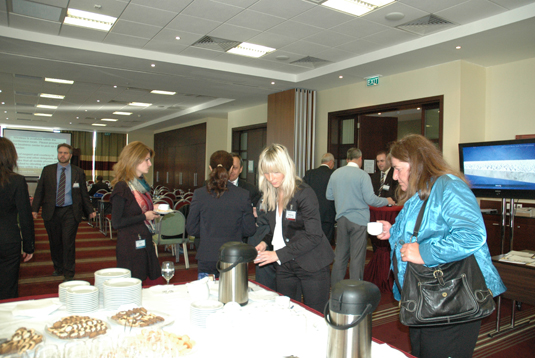 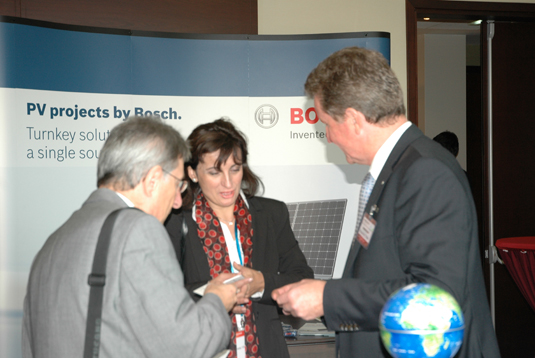 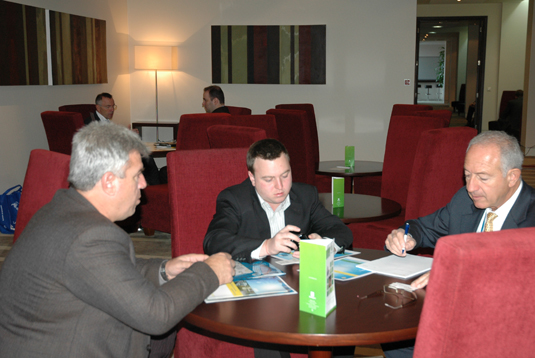 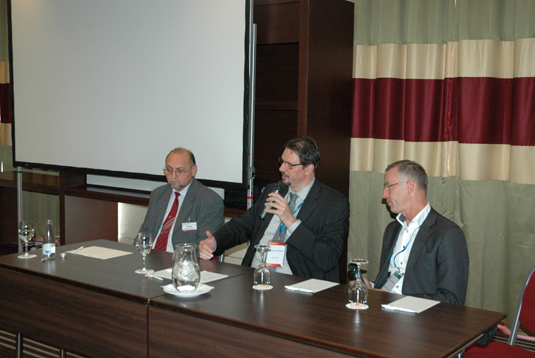 SOFIA, Bulgaria,27-28 OCTOBER 2011 – Bulgaria is on the verge of becoming the world’s leading solar power producer with large inter¬national solar projects and significant solar potential equal to that of Northern Spain and exceeding Germany by 10 – 15%. Currently foreign inves¬tors are racing to Bulgaria to be part of the rapid growth of the solar sector encouraged by the European Union and the Bulgarian Government. The Bulgaria Solar Energy Summit took place on 27-28 October 2011 in Sofia, Bulgaria, bringing together around 90 government officials, solar farm owners and developers, and solution providers to discuss local regulations, investment opportunities and the advanced technologies needed to help shape the solar industry in Bulgaria. A number of hot topics were addressed including the rules and regulations for foreign companies entering Bulgaria, finding new solar projects in Bulgaria, understanding the new technology for solar farm development and clarifying the New Renewable Energy Act. “Very useful event to con¬nect to potential investors.” European Investment BankThere were a number of outstanding speakers at the event; one that particularly stood out was Nikolay Berov, CEO of SolarproAD who spoke on the morning of day one of the conference. His speech concentrated on how Bulgarian solar farms are expanding and what the limitations of this are and the solutions to overcome these limitations. The delegates were highly impressed with his speech as it was both interesting and useful. Another excellent speaker at the event was Dr. Alexander Arcache, CEO of Kronos Solar; he spoke on day two of the conference and his presentation was based on his take on Bulgaria and how it would look after 2012. His vast experience and knowledge on the field of solar energy contributed to his speech being so contextually relevant to the delegates that they took away new insights into the solar market in Bulgaria. “Useful and broad information about the Bulgaria PV sector, how to invest in Bulgaria PV systems.” Sofia Energy CenterDuring the two day conference there was also a discussion panel that occurred on the afternoon of day two, it was moderated by René Moerman, CSO of Solar Insurance & Finance. The discussion panel pertained to how solar will prevail in Bulgaria with the current international economic situ¬ation and constructing a profitable solar farm, the topics led to a number of spirited debates amongst the audience. One of the most enthusiastically debated topics among the delegates was the topic of securing your supply and chain; this proved to be a crucial element in the discussion panel and debates ensued regarding how to ensure modules and components will be secure in the future and able to remain efficient. “Interesting and useful event. Most of the topics involved in PV have been touched.” Carlo Gavazzi Automation S.P.AOther notable speakers at the event include Radoslav Mikov from Wolf Theiss, Alessandro Boschi from the European Investment Bank, Rainer Hinrichs-Rahlwes from the European Renewables Energies Federation, Dr. Wilfried Heupl from ECRE, Wolfgang Winandi from Bonfiglioli, Pla¬men Penkov from Phono Solar, Petko Kovachev from the Green Policy Institute, Dr. Tanay Uyar from EuroSolar, Jan Vidim from Domat, Evelina Stoykova from the Sofia Energy Center and Gulnara Abdullina from Jinko Solar. Noppen would like to express a special thanks to all the outstanding event speakers and the Bulgaria Solar Energy Summit sponsors Bonfiglioli, Phono Solar, Domat Control, Jinko Solar, Roth & Rau AG, Bosch Solar Energy AG, Upsolar, Sedna Power Plants, Carlo Gavazzi, Hanwha SolarOne and Gamesa Enertron.