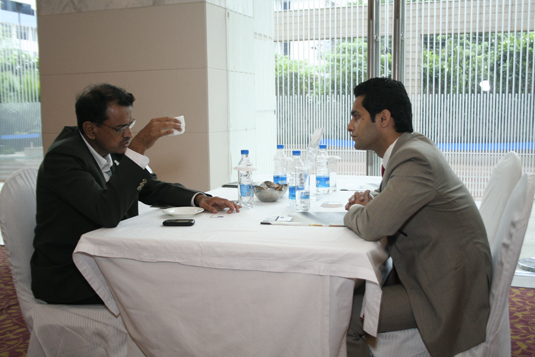 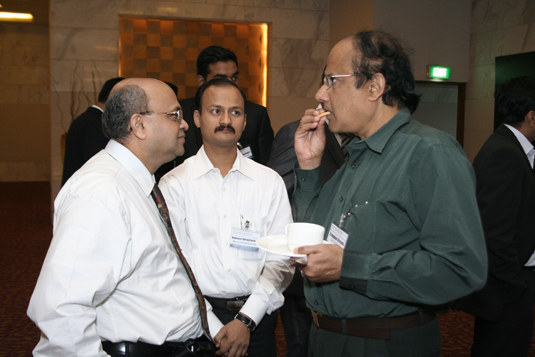 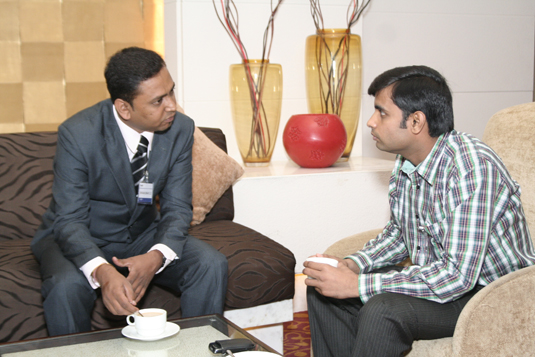 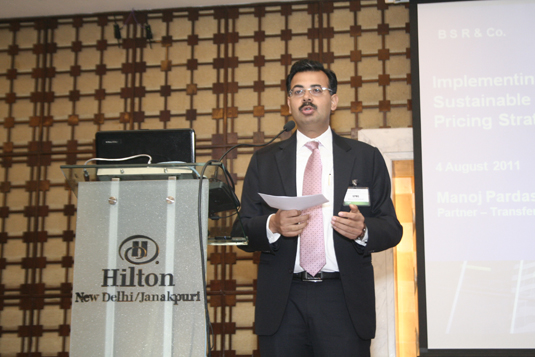 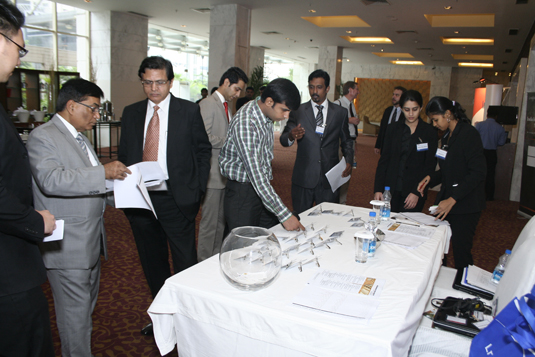 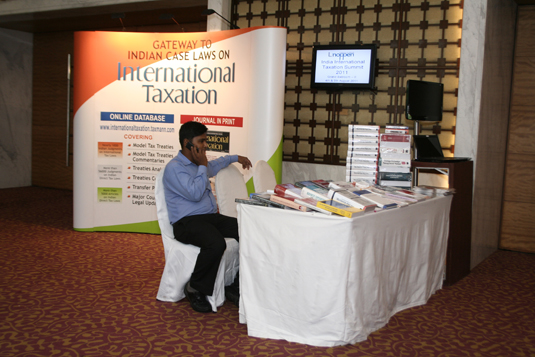 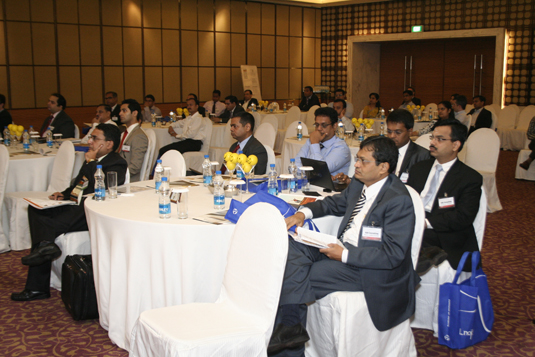 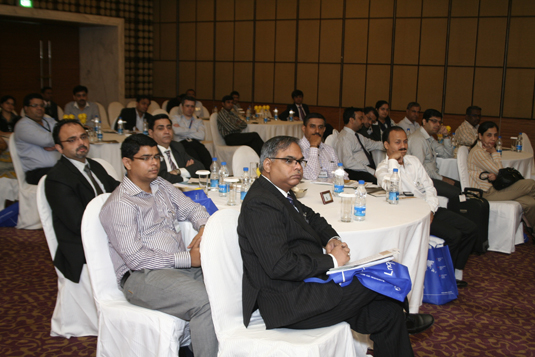 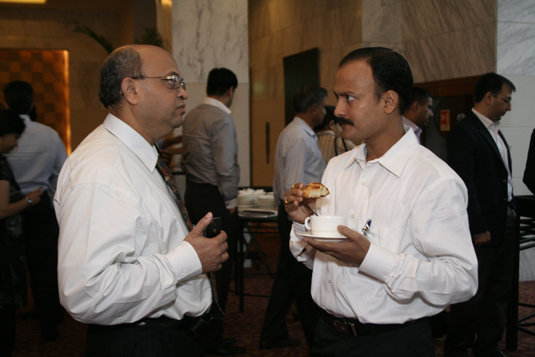 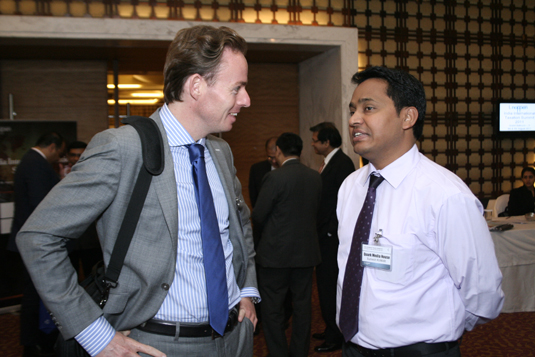 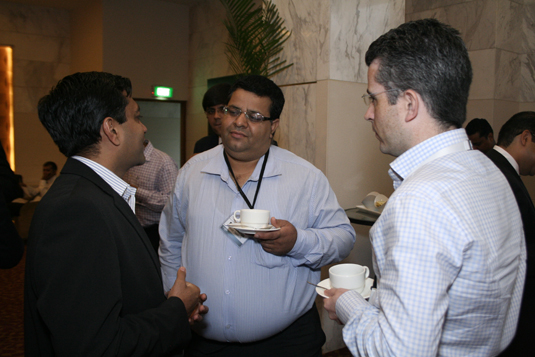 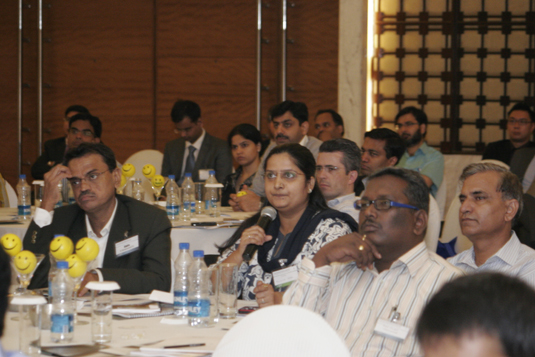 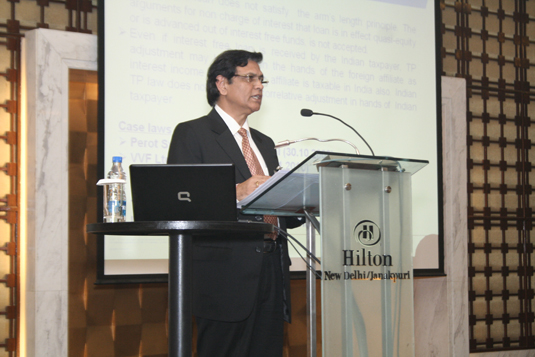 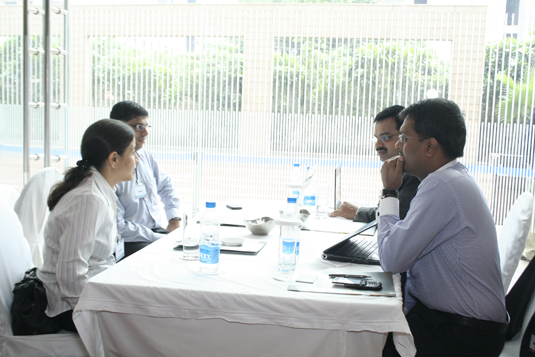 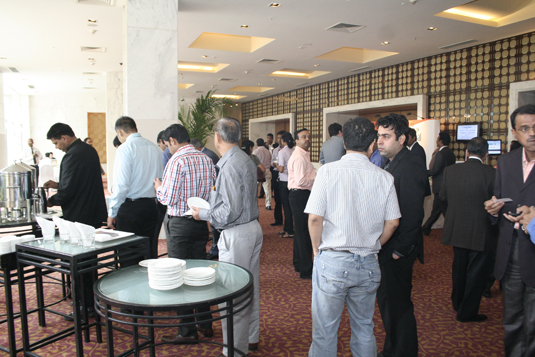 n Overview of the Future!New Delhi, India, 4th-5th August, 2011 – International Taxation is high up on the agenda for domestic and multinational companies operating in India. 2011 will see a wide-scale period of change for the Indian tax market forcing tax directors to completely reconsider strategies and identify the best methods for integrating into the new systems while deriving the most tax benefits.The India International Taxation Summit took place at the Hilton Hotel, New Delhi, India and featured the most prominent industry leaders and government officials from across the globe who engaged in informative and inspiring discussions pertaining to the current trends and future outlook of finance and tax laws in India that impact taxpayer's practices. Day one began with keynote speaker, Mr. R.N. Dash, Director General of International Taxation, Ministry of Finance. It was an honour to have the Director General himself speak on the role of tax administration on transfer pricing and taxation on non-residents."Excellent group of experts, lot of issues were discussed which are of high importance for a tax professional company." Cairn India LtdThere were a number of excellent speakers at the event who delivered informative and detailed speeches that were not only rich in content but topically relevant to the attendees. A particularly noteworthy speech was delivered by Mr. Aseem Chawla, Partner of Tax, Amarchand & Mangaldas & Suresh A. Shroff & Co. He gave an excellent insight into effective tax planning and tax strategy as well as a different perspective on the legal side of things. He highlighted that there is nothing sinister in arranging one’s affairs to keep taxes as low as possible through tax avoidance and tax planning. He also discussed tax planning under the DTC bill on rule of residence, CFC and GAAR. He spoke at length about the role of tax authorities, tax payers and tax advisors and how cooperation should exist between all the key stakeholders. Furthermore he stated that there are 6 pointers which need to co-exist simultaneously to make sure every party involved is satisfied; building mutual trust, voluntary disclosure of information, general understanding and interpretation, boundaries of taxation, developing enhanced relationship and explicit commitments to accountability. Also during day one, Mr. Manoj Pardasani, Partner of Transfer Pricing, BSR & Co. took to the stage and spoke on implementing a sustainable transfer pricing strategy and discussed the challenges faced to set transfer prices. The challenges include increasing aggressive global TP audit environment, divergent expectations between different tax jurisdictions, lack of comparable third party transactions and increasing complexity of intra-group transactions. He also gave a few solutions such as consistency with 'genuine' functional assets and risk (FAR) analysis, objective & reliable economic analysis, commercial & business substance, customs valuation vs. transfer pricing, globally consistent TP policies, periodic review and Advance Pricing Agreements (APAs). "Well organized and a good event to network with industry heads." Amarchand In the afternoon of day one Mr. Vinod Mangotra, Senior Advisor, KPMG gave examples of disputes such as advertisement, marketing & promotion expenditure, headquarter & management service charge, contract R&D centres, re-characterization of marketing and procurement support as distributor, financial transaction-loans and guarantees and royalty. "Thought provoking and knowledge improving event." Osborn Lippert India Pvt LtdDay two was as equally as full of prominent speakers, the National Head of Tax Advisory Services, BDO Consulting, Nihar Jambusaria gave an extensive presentation on inbound and outbound investments, general anti-avoidance rules, place of effective management and controlled foreign company. In each of those topics he gave very detailed case studies notably on the Aditya Birla Nuvo case for inbound investment. In the afternoon key note speaker Mr. Vijay Mathur, Senior Advisor; PwC gave an overview into the dispute resolution panel (DRP) and mutual agreement procedure (MAP) where he stated that tax disputes are unavoidable. He said that one important factor to be taken into account is time; delays will weaken both business and tax administration. He cited that the DRP have introduced an expedite dispute resolution consisting of 3 commissioners which in essence give a higher comfort level to taxpayers as issues would be resolved by a team of 3 professionals as opposed to a single person. Although, so far the experience of the DRP is that they are reluctant to address issues involving the questions of law, and largely not keen to give directions in favor of the taxpayer even in the face of legal precedents. Mr. Mathur pointed out that another issue is the independence of DRP is questionable, for example if the same person is member of DRP and has supervised the assessment this results in a conflict of interest. The way forward would be practicing the OECD model and incorporate the arbitration process in the Double Taxation Avoidance Agreement. "This event will prove to the very important for future planning, structuring and decision making of our organization. The level of interaction was good."Sergi Transformer Explosion Prevention Technologies Pvt LtdNoppen would like to express special thanks to the India International Taxation Summit sponsors BDO and Amicorp as well as all the excellent speakers who came from reputed companies such as London Court of International Arbitration, GE India, Huawei Telecommunications, Toshiba India, International Fiscal Association, Nokia India, Denmark Tax Administration, Transfer Pricing Consortium, Guardia di Finanza, Wrigley India and Essar Investments. "Event insightful and thought provoking, please continue the good work." Lex Witness