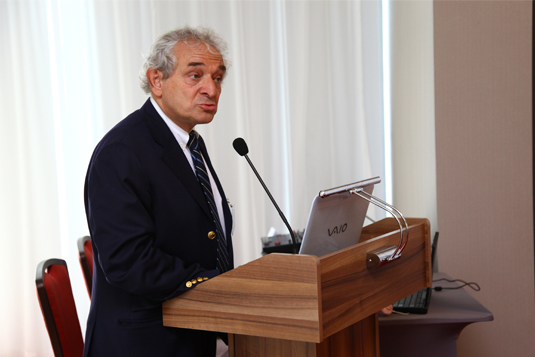 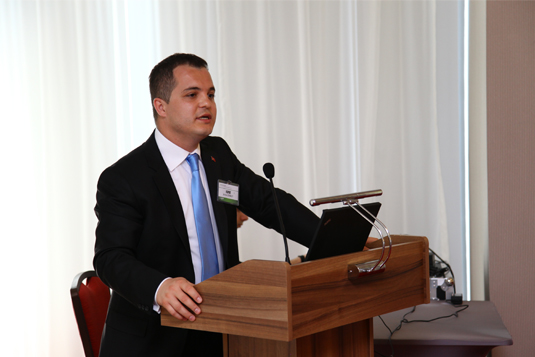 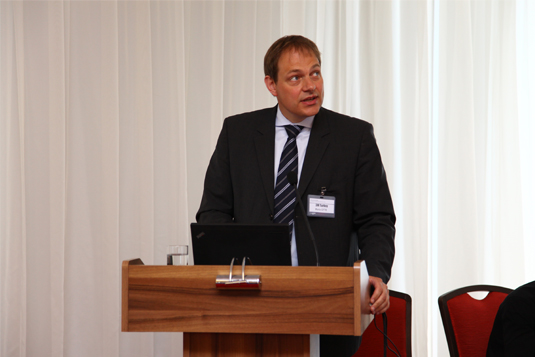 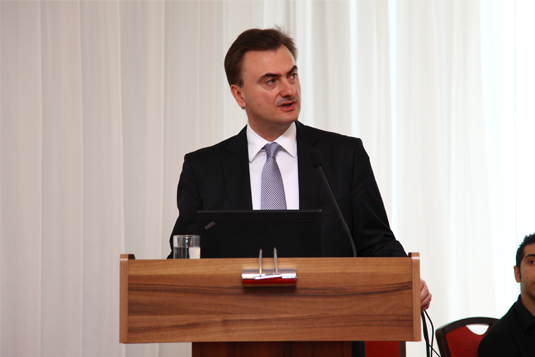 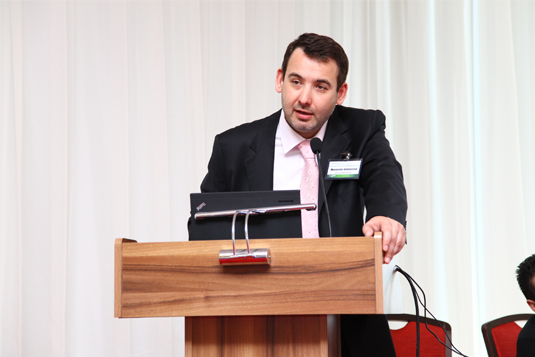 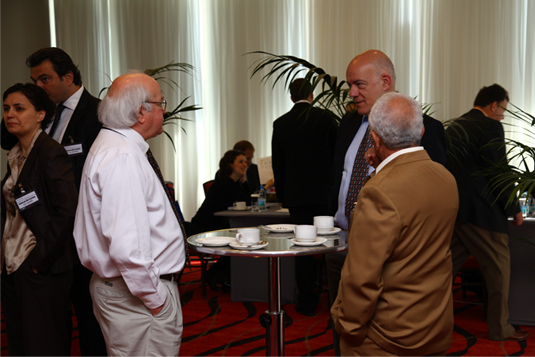 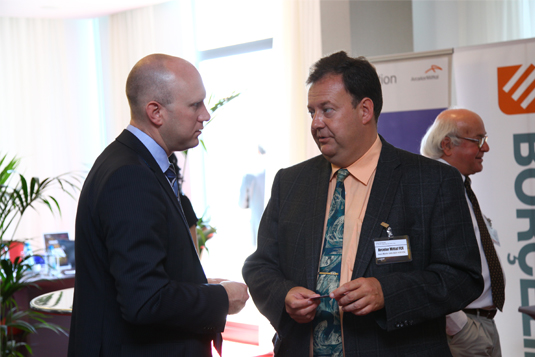 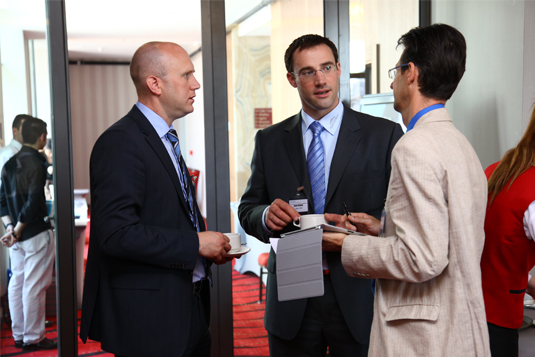 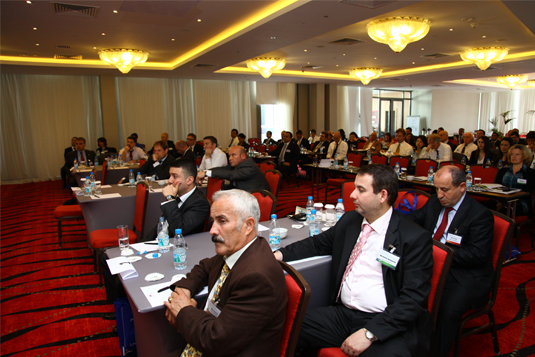 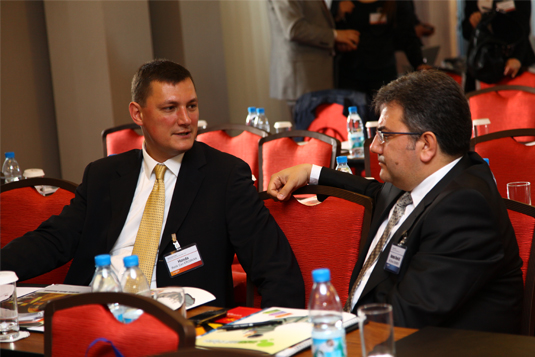 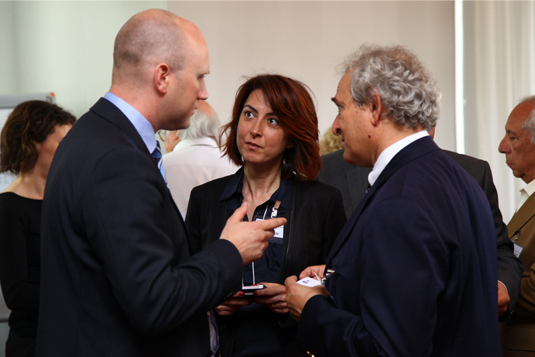 ISTANBUL, TURKEY, 26-27 MAY 2011– Turkey is currently expanding their automotive presence not only domestically, but across the world. As the emergent automotive location for R&D and fabrication, international companies are taking notice of the growing Turkish automotive market and are racing to enter and start up or expand joint ventures with established Turkish manufacturers to supply both the domestic and international markets.The Turkey Auto Summit took place on the 26-27 May 2011 in Crowne Plaza Harbiye, Istanbul,Turkey. The summit, organized by Noppen, was attended by 100 industry leaders, government representatives, industry experts and members of the international community to discuss the state of Turkey’s auto market and how international cooperation equals success.Day one started with the key note speech from Mr. Arda Ermut, Chief Project Director, Investment Support and Promotion Agency of Turkey (ISPAT). Mr. Ermut held an excellent and very informative presentation on the Turkish economy and the automotive sector. He was followed by Jan Nahum, Executive Director of Karsan, who gave an outstandingly well prepared speech that received a lot of attention. Mr. Nahum spoke of the NYC Taxi of Tomorrow competition and explained how Karsan entered the competition, how they developed their product and what kind of feedback and media publicity they got. The presentation contained detailed information on their revolutionary invention, a taxi which is targeted for transporting wheelchair bound people. He stated that Karsan is going on with the development of the taxi and looking to European and American markets at the moment. This presentation created a lot of buzz and several requests to meet with Karsan executives. His speech was followed by Murat Mermer, General Manager of Mermerler Automotive who concentrated on the Turkish-Chinese automotive partnership. The topic felt very natural for him as Mermermel Automotive is the Turkish partner of the Chinese Chery Automotive. Mr. Mermer spoke highly about Chinese-Turkish automotive collaboration and described what the advantages of co-operating with Chinese auto manufacturers are. His speech was very well received. “Excellent opportunity to meet high level management of automotive partners” DSM. Day two was opened by the key note speech from Suheyl Baybali, President of TAYSAD Auditing Commission. Mr. Baybali presented Turkish foreign relations in the automotive industry. Mr. Baybali who represented TAYSAD, is also the CEO of Komsan Otomotiv, the Turkish partner of the Chinese FAW. He listed China, Russia, India and Brazil as the most important partners for Turkey in the automotive sector. He stressed the need to establish a Turkish Chamber of Commerce in China to further develop the relations between the two nations in the automotive sector.Day two continued with Ilkim Sancaktaroglu, Deputy Director General of Nissan Turkey who presented his company and then concentrated on Nissan Leaf, their new revolutionary electric model. His presentation gave an overview of Nissan Leaf, its advantages and especially effective charging technique. He demonstrated the use and charging with videos and images of the Nissan Leaf. This presentation was designed well and the attendees found it intriguing. "It was a good opportunity to see the trend. Also good to see visions and positions of companies and organizations each. It would be nice to be invited again.” NGK Europe. There were many technology updates revealed at the event. As previously mentioned in the article, the NYC Taxi of Tomorrow by Karsan and Nissan Leaf by Nissan caused the most excitement. Nissan Leaf has been released in Japan in 2010 and it was the first electric vehicle to receive 5 stars in the crash test. Furthermore, NYC Taxi competition 2011 has brought Karsan a lot of attention in the US but also in Europe. Karsan being among the top two finalists in the Taxi competition means that a Turkish manufacturer using their own innovation and technology has been accepted in the US. This has had a positive impact on the Turkish manufacturers and their image overseas as well as in Europe. “Thank you for preparing such an event in a very well and nicely arranged manner. Looking forward for more in the future.”Nexus B. Solutions. Other notable speakers included ArcelorMittal, Borçelik Çelik San, 3M Turkey, FEV Motorentechnik GmbH, TE Connectivity, Henkel, Volvo Car Overseas Corporation, Hidria, IABG Turkey and ESI Group. Noppen would like to express special thanks to all the Turkey Auto Summit sponsors Arcelor Mittal FCE, Borçelik, 3M Turkey, Henkel,TE Connectivity, Chicheng, DSM Engineering Plastics, Adoksan Die Casting and Saint-Gobain Performance Plastics Bearings.