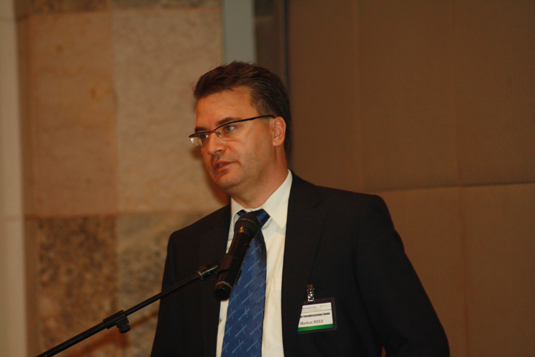 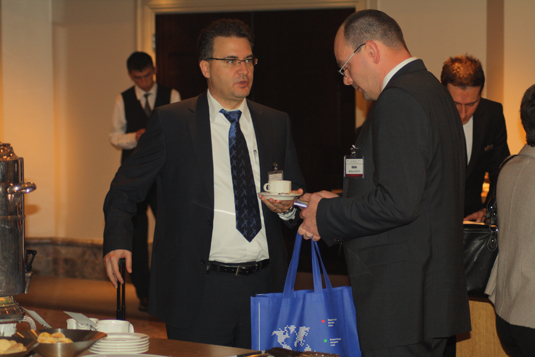 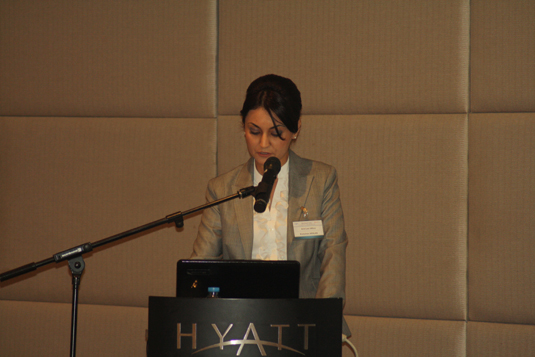 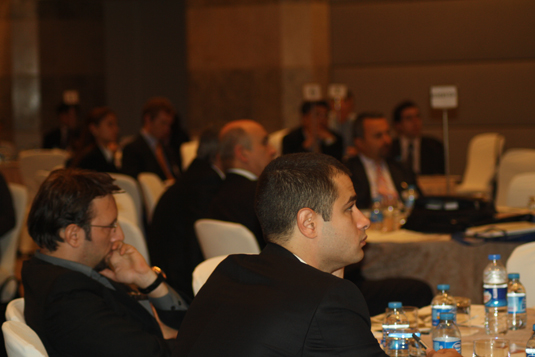 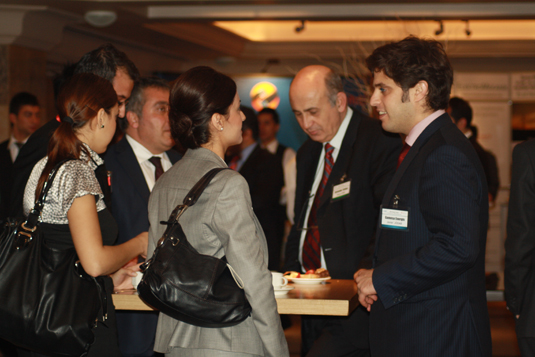 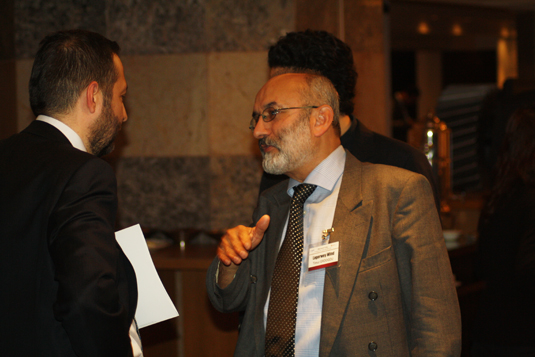 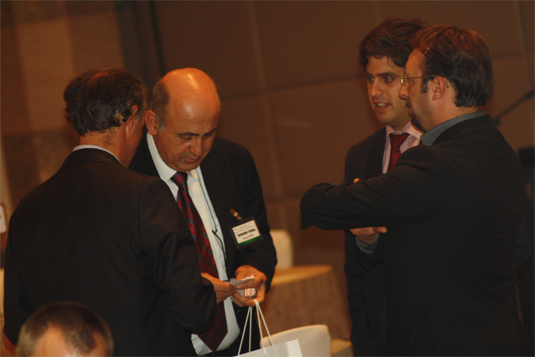 ISTANBUL, TURKEY, 11-12 NOVEMBER 2010 – Turkey is surrounded by four seas and has a long coast line of nearly 8700 kilometres. Wind energy in Turkey grew by 75% in 2009 to 800 MW. In order for Turkey to become one of the top 3 largest wind energy producers in Europe, the government has stated their aim to increase the wind energy capacity up to 10GW by 2014 and 20GW by 2023. Supported by the Republic of Turkey Prime Ministry Investment Support and Promotion Agency (ISPAT), the International Centre for Small and Medium-sized Enterprises (ICSME), and EUROSOLAR Turkey, Noppen's Wind Summit Turkey took place on 11-12 November 2010 in the Grand Hyatt hotel, Istanbul, Turkey. The summit was attended by over 100 senior government officials, directors, industry experts, wind energy investors, and project developers from across Turkey and abroad.There was an impressive international audience with representation from China, Europe, the Middle-East, and Asia (Japan). Presentations focused on various aspects of wind energy development in Turkey with an emphasis on investment and technology. The first speaker on day one was Hayati Cetin, Deputy General Manager Energy, from the Ministry of Energy and Natural Resources. Hayati insisted on the importance of renewables for Turkey, he reminded the audience about the climate change and how of 100 installations that were in operation in 2010, 60% were in renewables. He noted that Turkey needs solutions that stand for reliable investment. Fatih Ayaz, Renewable Energy Department of EIE presented on the potential and development of the current wind energy sector in Turkey. He pointed out the importance of Turkey’s offshore for wind energy. From the government speeches it is clear that it is a new, young market with vast potential. People however are still waiting for signals from the government and for an improved investment climate. With this huge potential Turkey is expected to take up a position among the world leading wind energy producers: USA, Germany, China, etc. "An international conference on local market development" FORCE TechnologyKey speaker, Zeki Eris, Chief Executive Officer, Polat Energy presented on the future outlook of Wind Energy Sector development in Turkey. Mr. Eris, a highly esteemed business man, gave concrete and useful information and data. Tefirom AS said he "gave a concise, integrated presentation." Ruchan Hamamci, Director, Renewable, EKSIM Investment spoke on regional based tariff policies. Also well respected, Mr. Hamamci's discussion on the delicate topic of tariff pricing unleashed some interesting figures which lead to a challenging Q&A session. A top speaker at the event was Carmelo Scalone, Executive Director, EDP Renovaveis, who with very solid international experience, is now setting up a project in Turkey. He spoke about his company's experience of dealing with Turkey and gave very insightful comparisons between other countries` investment climate and Turkey's. He was not afraid of openly telling what Turkey can learn from other wind energy firms. Metin Atamer, Secretary General, RESYAD, who has been involved in renewable energy since 1993, spoke about "Deviation from the Renewables" and stated that there are many issues in the sector to be considered. Mr. Atamer is considered a pioneer in the wind energy sector in Turkey and has interest in several operating wind power plants, including the 36.4 MW İntepe project near Canakkale. "He outlined the steps that should be taken in order to advance the development of new wind power plants in Turkey including overcoming official formalities and increasing the transmission line capacities." Yuksel Oktay, The Turkish-American. "Very valuable event"MitsubishiFrom aerodyn Markus Rees, Vice President, International Business Development & Marketing gave a very strong speech on aerodyne products generating lots of interest from the audience. Yavuz Aydin, Director Turkey & Israel, GE Energy Services spoke about the smart grid and renewable energy. The topic was unusual and received a strong, positive response. Tanay Uyar, the President of EUROSOLAR Turkey was moderator of the summit and also gave a presentation titled 'Sun is Responsible for the Life on Earth and Today Ready to Help in Detail'. Tefirom AS stated that "Tanay had a good command of topics". There were also presentations on the technical aspects of current turbine design and the local manufacture of components for wind power equipment. "Exchange of know-how and information was excellent" EUROSOLAR Turkey. Tibet Makina conducted an excellent presentation using a video showing the history of the company and the manufacturing of bearings sold in Turkey and Europe. "The establishment of local industry that manufactures steel towers, turbines and many components for the wind power plants is very important and it is pleasing to see the advancement in this area" Yuksel Oktay, The Turkish-American. "Interesting and good for networking" EDP RenovaveisOther notable speakers included Erkan Kaptan, Project Director at ISPAT who discussed the investment environment in Turkey; from ORMAZABAL, General Manager for International Business Thierry Delmas, spoke about wind as an alternative energy solution. Mr. Delmas, who has been with ORMAZABAL for 2 years, was an excellent speaker and has impressive international experience. ExxonMobil L&S presented on the use of wind turbine lubrication to increase reliability & availability which lead to some interesting questions from the audience; and the topic of foreign direct investment & wind energy regulations in Turkey was illustrated by a representative from ACK Law Office. Additional speakers came from Lagerwey Energy Inc, SunMot and BDP Projects. "Good conference, good coordination"Faraniroo Clean Technologies.Noppen would like to express special thanks to the event endorsers ISPAT, EUROSOLAR (with a special mention to Tanay Uyar) and ICSME who had representatives on-site assisting some potential Chinese investors to start an `entry to Turkey` process. Also special mention to the Wind Summit Turkey sponsors; including ExxonMobil, ORMAZABAL, SunMot, Tibet Makina, aerodyn, Mitsubishi, Nexans, Soyut Wind, RXPE, ElektroMekanik, Kaufer and Lagerwey for their immense contribution to the event. Overall the summit was a great success as it revealed the market potential, stimulated the local and international players to move ahead despite uncertain times, made excellent contacts available and provided a business platform where international players began their entry into this new market.